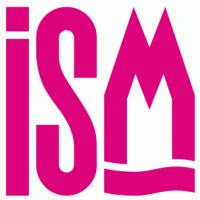 The world’s largest trade fair for sweets and snacks, ISM and ProSweets Cologne 2021 have been cancelled due to ongoing challenges presented by the pandemic.

As recently as two weeks ago, Koelnmesse, the top associations of the German sweets and snacks industry and industry representatives were certain that the events would go ahead. But a growing number of infections along with international travel restrictions have forced the cancellation of the hybrid editions of both events, which had been planned from 31 January to 3 February, 2021.

Gerald Böse, President and Chief Executive Officer of Koelnmesse, said that a record numbers of infections and new lockdowns were reported in many countries so many exhibitors had to cancel their participation. As such, the quality of ISM could ultimately no longer be guaranteed.

“We deeply regret this of course. We were well aligned and we firmly believed that we would be able to enable the sweets and snacks industry a re-start with ISM and ProSweets Cologne 2021,” he said.

“However, due to the current uncertainties our exhibitors and visitors don’t see any dramatic improvement that would make a trade fair participation possible in January. We will nevertheless remain on the ball and will immediately set about organising ISM and ProSweets Cologne 2022 with new energy,”

The planned digital format, Matchmaking365+, will also not take place. But in their role as important innovation platforms for the industry, the two trade fairs are instead planning a campaign for the presentation of significant industry developments, new products and trends from the sweets and snacks sectors.