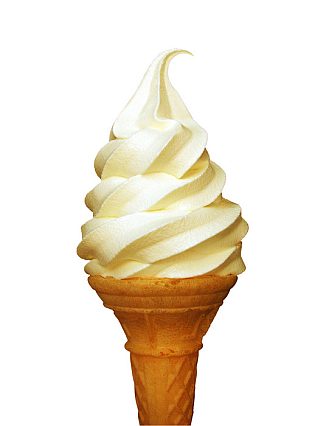 Even a summer surge can’t make up for a season of empty parlors and depressed sales.

Like many goods, the summer staple has had a rough start to the season due to the ongoing coronavirus pandemic. While grocery sales for the frosty dessert have largely remained consistent, with even modest gains in some cases, ice cream shops are still floundering under the new strictures that COVID-19 has placed on the food industry, even as Americans spend more time out in the ice cream-beckoning heat. The overall effect is an economic slump for the industry.

“The ability for ice cream store owners to keep up in a way that is both legally mandated and accepted by the community has been a struggle,” said Steve Christensen, executive director of the National Ice Cream Retailers Association. “Many shops are working twice as hard for half as much.” For many businesses, slight increases in grocery sales haven’t been enough to make up for the declines they’re seeing at their storefronts. (Many larger businesses sell both to groceries and have their own storefronts, though some smaller ones opt to only sell to one or the other.) Parlors across the country have had to lay off staff and file for bankruptcy.

Each year, ice cream shops count on a surge in customers come springtime. Retailers typically try to build up a nest egg during the warmer months that can tide them over during the winter, but the pandemic forced Americans indoors just when ice cream demand would usually start to pick up. Now, in the summer, some shops are trying to catch up with the busy season. One shop in the popular summer vacation destination Cape Cod was met with major backups and irate customers as a result of the safety precautions it had to put in place when it reopened last month.

Herrell’s Ice Cream, located in Northampton, Massachusetts, has been feeling the strain of the lockdowns and economic downturn. When we spoke late last month, owner Judy Herrell told me that the business is seeing an 80 to 90 percent decrease in sales compared with this time last year. “It’s been tough. It’s been really tough not only on the staff, but on the consumer too,” she said. Demand for the hot fudge that Herrell’s Ice Cream sells in grocery stores like Whole Foods hasn’t been affected much, but the shop is barely covering costs for supplies and staff at the moment.

Unlike pizza or noodles, ice cream isn’t particularly well-suited for the sort of takeout and delivery operations that most restaurants have had to rely on during the pandemic. “It’s easy to deliver ice cream if it’s a very short distance, but once you’re going 20 minutes away, you’re going to experience melting,” said Herrell. “God forbid you order a milkshake.” Some to-go orders also get difficult if they include sauces like hot fudge or penuche, because the final assembly has to happen exactly when the customer arrives or else it’ll melt as well. When you have a backlog of orders all being placed over the phone, it becomes difficult to coordinate. In addition, Herrell notes that some people don’t see ice cream as a takeout food since lounging in the parlor itself is often an important part of the experience.

Nevertheless, many ice cream parlors are now trying to optimize their businesses for takeout. Christensen said that some parlors that had previously invested in drive-throughs are doing relatively well, but many others that have little experience with takeout have been struggling. “Many of our members who had relied on in-store dining and purchases have to be nimble and create a counter at the front of the store where people can simply walk up and order,” he said. Many shops have soft-serve machines, which are largely designed to make a product that’s ready to eat on the spot; soft-serve cones in particular don’t travel very well. Establishments are also having to invest in new packaging methods and containers suitable for delivery, many of which are more expensive and labor-intensive. For example, shops that don’t make their own product usually buy ice cream in three-gallon tubs that you can take scoops out of on the spot when customers place their orders at the counter. Now, according to Christensen, many shops are having to buy pint and quart containers for the first time so they can pack the ice cream and send it home with the customers, which costs more than just scooping out of a bigger tub.

The pandemic isn’t just affecting ice cream stores. In some cases, manufacturers have been struggling to source some ingredients. Cheryl Pinto, Ben & Jerry’s sourcing manager, has been tracking the pandemic’s disruptions to the supply chains of products like cocoa, which the company sources from West Africa. “I’m watching how COVID is taking root in West Africa and studying the urban areas. It’s going to start moving out into the rural areas, so how will that impact the total harvest?” said Pinto. “With [Madagascar] shutting down, it caused havoc and pressure for the vanilla suppliers.” Herrell said that her shops have had trouble getting their hands on gluten-free flours, yeast, and certain hand-squeezed fruit juices from Florida.

As lockdown orders ease, ice cream shops are figuring out whether plexiglass, splash guards, social distancing, and occupancy limits will be enough to allow them to operate somewhat normally again. Yet Herrell is unsure when it will be safe for customers to sit and enjoy the parlor atmosphere at her Northampton location. “Our seating area is maybe 500 square feet. It’s not like a big restaurant where you could take out half the tables and only seat people at every third table,” she said, adding that putting seating outside is difficult because the shop sits on a hill. “I think the best we’re going to be able to do for a while is just takeout.”