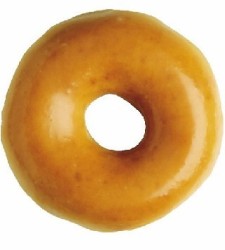 In September 2018, Dunkin’ Brands Group, Inc. dropped “Donuts” from the restaurant brand, simplifying its name to Dunkin’. The company said the change from Dunkin’ Donuts, the first time donuts was not in the restaurant name in about 70 years, reflected the company’s transformation into a “beverage-led, on-the-go brand.”

Recently published data from NPD Group, Chicago, help explain the move and indicate that Dunkin’ is not unique in its beverage focus at donut shops. While donuts still hold top billing in the names of most of the 18,000 donut shops in the United States, consumers visit them more for the coffee than the donuts.

According to NPD, 2.1 billion servings of coffee were ordered at donut quick-service restaurants versus 805 million servings of donuts in the year ended Oct. 31, 2019. The data are part of ongoing food service market research from NPD.

Specialty coffee sales, such as lattes and frozen coffee, are growing faster than regular coffee — up 14% versus a 4% decline for regular coffee.

A total of 3.2 billion visits were made to quick-service donut restaurants during the survey period, up 2% from a year earlier. The gain eclipsed the 1% traffic increase for all Q.S.R. restaurants overall. Total restaurant traffic was flat during the period.

“We are a nation of coffee drinkers, and while we like our donuts, too, we tend to be fueled by coffee and drink more of it,” said David Portalatin, NPD food industry adviser and author of “Eating Patterns in America.” “The takeaway for donut shops? If you serve good tasting coffee with your good tasting donuts, consumers will visit.”