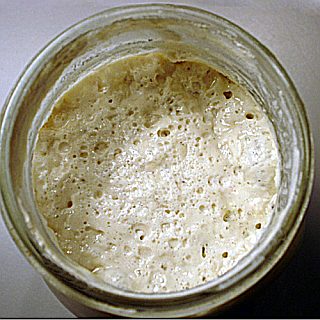 “The industry needs to consider sourdough as a cell factory. It is a complex of microbes that, if guided well, can help you modify cereals, food and eating in general,” Prof. Gobbetti said.

Marco Gobbetti is a microbiology professor at the University in Bozano, Italy. During the last decade, most of his articles dealt with the physiology and biochemistry of lactic acid bacteria during food fermentation, especially in sourdoughs. He collaborates with the Puratos Sourdough Library in the Center for Bread Flavor in Saint-Vith, Belgium, and has worked his entire career on sourdough studies; he revealed some of his findings during a conference in Bucharest, Romania.

As the industry and consumers are increasingly leaning towards dietary fibers and especially towards bread with high-fiber content, sourdough is an opportunity in the field, the professor explained. For example, without sourdough, wholemeal bread, rye or wheat-rye flour mixes are very difficult to process, especially because it offers an essential acid content to these types of dough. Sourdough fermentation brings improved the loaf volume and crumb softness, improves flours, texture and shelf-life of whole-grain rye breads. “For the producers of whole grains or rye breads, the only way to increase the volume of the bread is the sourdough fermentation,” professor Gobbetti said. On the other hand, this type of fermentation allows bakers to keep the most nutritional part of wheat – the germ, which is usually eliminating during the milling process.

Furthermore, sourdough fermentation also allows manufacturers to use non-conventional types of flours, such as legume- or hemp flours. By using legume fermentation, the process increases the content of amino acids, which helps achieve higher digestibility and reduce the content of non-digestible ingredients. When it comes to hemp flour addition, sourdough fermentation increases the phenols content in bread, leading to anti-oxidant activity and fighting against free radicals in the human body.

Another benefit underlined by the Italian professor is the increase of amino acid derivates, which compensates effects of the salt reduction. This is especially relevant considering that a low-sodium bread improves the adherence to a low-sodium diet in hypertensive patients.

Digestibility is one of the most important issues for humans, especially when it comes to celiac disease. During a study, the professor and his collaborator demonstrated that sourdough bread has an improved time of digestion and better absorption of nutrients compared to bread baked with regular baker’s yeast.

Sourdough bread has low-gluten content, which is especially beneficial for celiac disease sufferers but adopted by mainstream consumers as well, for presumed health benefits. The professor mentioned that, using extreme conditions, the sourdough’s fermentation can completely degrade the gluten in bread. At the end of a fermentation process that lasted 24 hours, the researchers succeeded to obtain wheat flour without gluten.

Another benefit underlined by Professor Gobbetti is a low-glycemic index. He explained that out of two types of bread baked with the same recipe, of which one is using sourdough fermentation, this will be the one with a lower glycemic index. The explanation for this phenomenon is a subject of future research, as scientists are now working o understanding it.

Karl de Smedt  the coordinator of the Puratos Sourdough Library from Saint-Vith, Belgium, shared updates from the only sourdough library in the world. Set within the Center for Bread Flavor, the Sourdough Library aims to safeguard the sourdough biodiversity and preserve the sourdough heritage and baking knowledge. “I think the sourdough is more than a dough with an intense taste, more than flavor. These are the most obvious properties of the sourdough, but it is more about digestibility, about freshness, about the sourdough crafting and translating it to the next generations. The bread we have now is probably the best in the history of humankind. I believe that, in the future, bread will improve,” Karl de Smedt underlined.

At the time of this article’s publication, the online library contained 1,640 types of sourdoughs from all over the world.