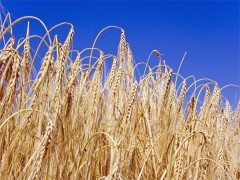 The US Commodity Futures Trading Commission (CFTC) has announced that American food companies Kraft Heinz and Mondelez International will have to pay $16m as penalty over a wheat manipulation case dating back to 2015.

This penalty is allegedly valued to be three times the profit made by the two companies.

Mondelez and Kraft Heinz, which operated as Kraft Foods until 2015, purchased $90m of wheat futures in December 2011.

According to the CFTC, this move gave the firms a leading position in the market, despite never planning to gain possession of the purchased grain.

With the grain purchase, the two firms gave a false signal to the market that there is a demand for wheat. This led to an artificial price fluctuation, which in turn enabled the firms to earn over $5m in profits.

CFTC chairman Heath P Tarbert said: “America is the breadbasket of the world, wheat markets are its heart. Market manipulation inflicts real pain on farmers by denying them the fair value of their hard work and crops.

“It also hurts American families by raising the costs of putting food on the table. Instances of market manipulation are precisely the kinds of cases the CFTC was founded to pursue.”

The two companies refuted CFTC’s statement, which they claim ‘blatantly violates and misrepresents the terms and spirit of the consent order’. They plan to seek relief immediately from the court.

Reuters reported that wheat futures and options traders also alleged that the companies had manipulated the grain’s price illegally, at their expense.