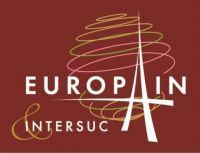 Europain, one of the largest events in Europe for artisan bakery and pastry professionals, continues to expand in order to meet its aim of offering a trade show focused on business in a friendly environment favorable to creativity.

In January of 2020, for the first time Europain will be held at the Paris Porte de Versailles venue in France and will host two contests bringing together the best representatives in their trades from Europe and around the world.

The Coupe Europe de la Pâtisserie will take place in the heart of Paris for the first time since its creation. The pastry competition, taking place January 12-12, 2020, features 8 teams from all over Europe that will need to draw on their best skills and talents in order to win a ticket for the world grand finale that will be held on January 24-24, 2021 as part of the Sirha Lyon trade fair.

The Coupe du Monde de la Boulangerie puts breads of the world under the spotlight. From January 11-14, 2020, 12 teams composed of three members, among the best in the world in their trade, will compete in four tests:

12 participating teams are the winners of the regional preselection rounds that were held in the 5 major zones of the world: Europe, Middle East, Africa, Asia, and America. The South Korea team was the winner of the previous edition of the Coupe du Monde de la Boulangerie in 2016.