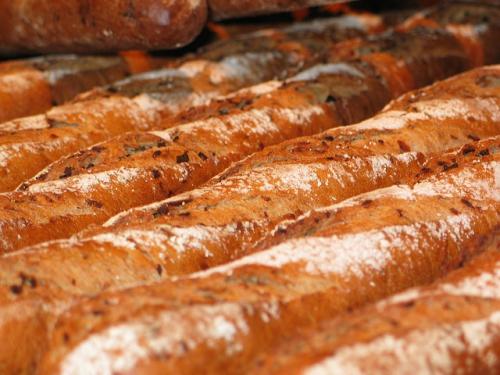 Just one year after the launch of its turnkey solution, “The Baguette Factory”, MECATHERM has announced that it has completed its first project in Viana, Luanda, the capital of Angola. The DIMASSABA – Le Comptoir d’Export group chose MECATHERM, one of the global leaders in industrial bread and pastry products, for a turnkey that industrialise bread production. The “DimaPao” factory, which will provide the first industrial bread production line in the country, was opened on 6 February 2019 and many local representatives attended to the inauguration event.

The country’s Minister of Industry, Bernarda Martins, the French Ambassador of Angola, Sylvain Itté, and the delegation from French network of entrepreneurs, MEDEF International, took the opportunity to welcome this brand-new project by attending the inauguration alongside Hussein Bourji, President of the export company DIMASSABA – Le Comptoir d’Export and Olivier Sergent, President of MECATHERM.

The Baguette Factory is a complete solution including a fully automated production line, a customized support in project management ranging from finding financial partners and conducting technical studies, to setting up the factory, recruitment, personal training and technical support. This unique global approach allows investors in growing countries to move into the industrial bakery sector, regardless of their level of familiarity with the industry or with managing large-scale projects.

DIMASSABA – Le Comptoir d’Export is a family-run group which has been importing flour into Angola for many years and which wanted to diversify its business by producing finished products on an industrial scale. The project is to offer bread of a consistent quality meeting the highest international standards in terms of food health and safety, in order to work towards food independence in Angola.

The “DimaPao” industrial bakery unit will start business with a production capacity of 150,000 95-grams round rolls per day; this is equivalent to over 6000 bread rolls an hour, allowing the ability to meet the high demand. The opening of this site has generated around 80 direct jobs and over 150 indirect jobs related to bread sales. Each day, bread are distributed in small businesses all around the town, or are sold in the streets by the “zingeras” – women who walk through the town with baskets full of bread on their heads which they have bought that very morning from the factory, or home-made sandwiches.

The DIMASSABA – Le Comptoir d’Export group will not stop at this first success. Hussein Bourji plans to ensure a production that can meet the needs of the entire region of Luanda. He also aims at developping the business in other towns in the country. The group is interested in producing derivative products such as brioches, milk rolls and sandwich bread or buns: products not yet industrialized, despite the very high market demand.