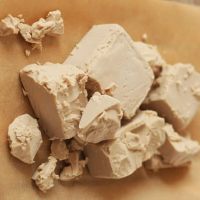 Baker’s yeast, brewer’s yeast, yeast that lives in infected toenails—they all descended from a common ancestor.

When scientists in France set out to sequence 1,000 yeast genomes, they looked at strains from all the places you might expect: beer, bread, wine.

“It’s easy to get a thousand wine strains,” says Schacherer, “But that’s not how we wanted to proceed.” They wanted little-known wild strains of yeast that live all over the world in a great variety of environments. And they wanted these samples to see if they could confirm their suspicions about the historical origin of yeast. The results of their analysis, published in Nature, suggest that yeast came from, of all places, China.

The most telling clue is that yeast in and around China has the most genetic diversity of anywhere in the world. Liti had already suspected this, having worked with Chinese researchers who collected yeast from remote primeval forests. But the massive sequencing confirmed just how unique yeast in East Asia are: There are more differences between yeast strains from Taiwan and Hainan—both tropical islands off the coast of China—than there are between strains in the United States and Europe, separated by the entire Atlantic Ocean.

The out-of-China hypothesis for yeast is not so different from the out-of-Africa hypothesis for humans. Among Homo sapiens, Africa has the most genetic diversity of anywhere on Earth. All humans elsewhere descend from populations that came out of Africa; all yeast elsewhere descend from strains that came out of East Asia. Once wild yeast strains made it out of Asia, humans likely domesticated them several times to make the yeasty foods that we know: beer, bread, wine.

How yeast strains are different from each other turned out to be surprising, too. A standard way to measure difference is to take the same gene in two separate yeast strains and compare how many letters have changed—like typos that have accumulated over time. But Liti and Schacherer found that the number of times a particular gene is repeated in the genome—a phenomenon known as copy-number variation—actually accounts for more of the differences between, say, strains used to brew tasty lagers and strains that live on insects in the wild. In other words, it’s not just the sequence of the gene that matters, but the number of copies the yeast has.

This could be true in other species as well, says Ed Louis, a yeast geneticist at the University of Leicester—possibly even in humans. But copy-number variation is not as easy to study in humans, whose genomes are more than 200 times the size of yeasts’. So studies looking for genes that factor into heart disease, for instance, usually spot-check the genome for single-letter changes. The yeast results suggest that maybe human geneticists should take a closer look at copy-number variation, too.

Applying insights from tiny, single-celled yeast to big, multicellular humans is not so far-fetched. We share a lot of the same cellular machinery—in many cases, you can replace a yeast gene with its human version and the yeast goes on functioning just fine. Because yeast strains reproduce quickly and grow easily in the lab, scientists long have used it to study genetics.

Leonid Kruglyak, a geneticist at UCLA, calls the new study a “treasure trove of information.” He’s already planning experiments based on some of its data. Kevin Verstrepen, a geneticist at KU Leuven who has sequenced many strains of domesticated yeast used in beer, is also enthusiastic: “Everybody in the yeast community is quite excited,” he says.

And if you’re wondering if wild yeast can indeed be used to brew beer, the answer is yes. Yeast is yeast. It turns sugars into alcohol. But don’t expect great results. “We’ve done quite a few of them,” says Verstrepen. “Let’s say the beers are funky.”