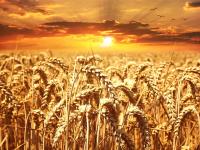 With Hurricane Harvey gone and most of the damage assessed, the Texas wheat industry looks forward to repairing, rebuilding and getting back to work.

Hurricane Harvey dropped a record of 50 inches, or 127 centimeters, of rain.

Following the flooding from Hurricane Harvey, some Texas ports are still closed, rail embargos remain in effect and virtually no wheat was inspected for export last week at Texas grain export elevators.

“Even with the human and industrial costs of the storm, the supply chain is making good progress toward bringing the system fully back on line as soon as possible,” the U.S. Wheat Association (USW) said.

The U.S. Federal Grain Inspection Service (FGIS) reported regions of Louisiana and North and South Texas account for 46% of total U.S. wheat exports based on the 5-year average. Texas elevators near Galveston, Houston and Corpus Christi account for about 56% of total Gulf wheat export volume. Texas wheat exports are almost all hard red wheat (HRW), and most of the volume moves through elevators in the Galveston and Houston area, which took the brunt of the storm.

The Port of Houston, which is a 25-mile-long complex of 150-plus private and public industrial terminals along the 52-mile-long Houston Ship Channel, closed in preparation of the storm making landfall. The port officially began recovery operations on Sept. 1. Fourteen container vessels have been serviced by a crew of 120 at Barbours Cut and Bayport terminals and those containers handled 3,000 additional gate transactions.

The Corpus Christi area did not experience the full force of the hurricane, so rail and elevator service likely will come back on line there first. The Port of Corpus Christi, about 220 miles to the south, is ranked 17th in the waterborne movement of agricultural commodities, with a total movement of 2.5 million tonnes.

“Reports from the Port of Corpus Christi indicate that grain elevators are mostly operational,” said Darby Sullivan, communications director with the Texas Wheat Producers Board, Amarillo, Texas. “Last week’s closure was to ensure that ships were able to enter the port safely. This week, they estimated that the railroads are running at about 80% speed and capacity.”

The USW noted it has not been able to obtain much detail about elevator operations in the North Texas region, but Sullivan said flood recovery work is still needed at some of the elevators. One elevator manager from the Houston area told her they loaded and unloaded some rail cars, but did not expect to be fully operational until late this week. At this point, the status of rail bed repairs will have the most influence on when the interruption eases.

With the safety and well-being of its employees and their families as its top priority, the Union Pacific (UP) Railroad said on Sept. 2 it is making good progress repairing lines serving the North Texas elevators. Some lines have re-opened, and the UP said even crucial east-west lines blocked by flood damage may be repaired by Sept. 7. The railroad’s report on Sept. 6 confirmed its progress on repairs.

The BNSF Railroad also serves the Texas Gulf supply system. Its latest report to customers on Sept. 5 said, “with improving conditions and aggressive efforts by our BNSF crews, rail service on most BNSF subdivisions in the Houston area and throughout southeastern Texas has been restored.”

Although the railroad said it is experiencing ongoing challenges involving the primary rail line that provides access to locations southwest of Houston, including Corpus Christi and Brownsville, it is re-routing or diverting as much traffic as possible around this affected location as well as other areas that are currently blocked. BNSF access into the Houston complex from the north and west is largely clear, the railroad said, which is important for HRW wheat moving from western Texas, Oklahoma, Kansas, Colorado and southwestern Nebraska.