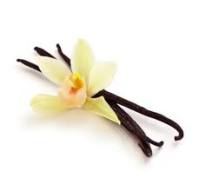 If you’ve ever used the words “plain” or “boring” to describe vanilla, it’s definitely time to pull out the thesaurus to look for some new adjectives.

That’s because increasing global demand for vanilla, a recent cyclone off the coast of Africa and other geopolitical events happening half a world away have caused a massive vanilla price spike and supply shortage that is making life far from bland for Maine’s ice cream makers and others who need the sought-after bean.

“It definitely has affected our business,” Lindsay Skilling, the CEO of Skowhegan-based Gifford’s Famous Ice Cream, said of the price spike, which the company began noticing in January 2016.

Gifford’s uses about 25 gallons of vanilla extract a week in the production of the nearly two million gallons of ice cream they make every year. With prices jumping an eye-popping 568 percent in less than two years, it has caused some ripples.

“We’re a local, regional family business, and we use every caution possible in order to not raise our prices,” Skilling said. “But we had to pass on a price increase … Everybody’s fingers are crossed at this point. The challenge is supply and demand.”

Vanilla pods grow from orchids that are pollinated by hand and which take about three years to mature and produce beans.

A quick history lesson, courtesy of the Vanilla Company, a California-based retail and wholesale vanilla business: between 2005 and 2014, there was more vanilla on the market than there were buyers for the bean and so the prices dropped down and stayed there.

“Because farmers weren’t making enough to survive, many finally burned their vanilla vines and switched to growing other crops,” Patricia Rain, the head of the company, wrote in a February essay to her customers. “This eventually led to a vanilla shortage, and with the shortage of vanilla beans, prices shot through the roof!”

According to Rain, the sharp price increase led to a so-called feeding frenzy for vanilla beans. Some speculators who reportedly used money earned from selling illegally harvested rosewood bought the 2015 Madagascar crop and later sold it at inflated prices to manufacturers and traders who would pay anything for more beans. This has led to some unrest and trouble, she said.

“Madagascar … is currently experiencing high tension and chaos, enough so there are travel advisories to not visit certain areas of the country,” Rain wrote. “The current hoarding and selling of bad vanilla makes the country quite volatile.”

Then, to make an already bad situation much worse, a cyclone in March devastated this year’s crop of vanilla beans. Madagascar supplies more than 80 percent of the world’s vanilla, and this spring some distributors resorted to rationing supplies, according to the Boston Globe.

The rationing and price increase came as a big, unwelcome surprise to Chelcie Shappy, the co-owner of Orrington’s Drunken Vanilla Bean, which makes pure vanilla extract. The small company makes about 12 gallons of extract per year using Brewer’s Twenty2 Vodka infused with vanilla beans. When they began buying vanilla beans, they were paying about $50 per pound, which is between 120 and 140 beans. That has changed.

“Just last month we paid $85 for 25 beans, and they’ve been really hard to find. You can’t even buy them in a pound anymore. Places just don’t have the quantity,” she said. “It has had a huge impact on the Drunken Vanilla Bean business.”

In Belfast, Sarah Wilder digs an ice cream scoop into a container of the super-premium old-fashioned vanilla ice cream that she makes and sells at her family business, Wild Cow Creamery. Vanilla beans have more than 250 flavor components, she said, and add a complex richness to her ice creams, including perhaps unexpected varieties like chocolate. They use vanilla to make 13 of the 16 ice cream flavors that were on display at the company’s ice cream store.

“A lot of times people think, oh, it’s just vanilla. But real vanilla is very exotic,” she said. “It tastes better, and when you use real ingredients you’re going to notice their flavors … if you don’t have it, you’re lacking something.”

In Monroe, Kathy Chamberlain relies on best-quality vanilla to make her super-premium Stone Fox Farm Creamery ice creams, using about half a gallon of Madagascar double-fold extract a week in the summer. Two years ago, she was paying about $89 per gallon, but now is paying about $400 per gallon, and it’s hard to get the amount she needs.

She’s thinking of making her own vanilla extract, which might save her some money, and isn’t interested in getting vanilla beans from other countries such as Mexico, because she believes the Madagascar beans are far superior. And with her ice cream already costing $4 for a single scoop, she feels she can neither decrease the quality or go up in price.

“People’s palettes are more sophisticated now. They want something that’s a little better,” she said. “Vanilla quality really shows in ice cream … I think our fans who go out of their way to buy our vanilla, they’d notice. That’s why they will go out of their way, and they will spend $4 on a cone.”

Another super-premium ice cream maker, Linda Parker of Mount Desert Island Ice Cream, said she has noticed a roughly 400 percent increase in the price of vanilla beans. She goes through about five pounds of beans every week.

“It’s the worst I’ve seen,” the ice cream maker, who opened her business 11 years ago, said.

She noticed the spike last fall, when she saw an invoice for vanilla and thought someone must have made a mistake.

“No — there was no mistake,” Parker said. “It’s just something we have to do. Vanilla is one of our biggest flavors, and the taste of the Madagascar vanilla bean is the most sophisticated that I’ve seen. It’s just the cost of doing ice cream business.”

Many of the Mainers said that the vanilla situation shows that global events have local repercussions.

“Even here in Maine we can get affected by huge things going on on the other side of the world,” Wilder said. “There is no local anymore. It really is the entire world.”