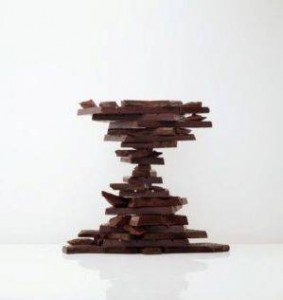 Draft amendments to the Food Safety and Standard Regulations will allow up to 5 percent of vegetable fats that are not cocoa butter.

Under the draft amendments, chocolate can contain vegetable fats that are not cocoa butter as long as it does not exceed 5 percent of the finished product. The 5 percent is calculated after deducting the total weight of any other added edible foodstuffs, and it must not reduce the minimum contents of cocoa materials in the chocolate.

The changes will also allow the use of artificial sweetener isomaltulose, up to 50 percent of the total sugar content, without affecting the stability of the product.

Amit Lohani, convenor of the Federation of Indian Food Importers (FIFI), tells just-food that the new regulations will help the market grow at a faster pace. The change in regulations will allow the import of well-known European brands previously unavailable in India due to their vegetable oil content.

Lohani also says that vegetable fat helps maintain the shape and texture of chocolate while increasing the melting point, which is important given India’s hot climate.

By broadening the range of chocolates that can be imported, India may give its chocolate market a boost.

According to “A Study of the Indo-China Chocolate Market 2016,” published by Research and Markets, India is one of four countries projected to have the highest chocolate market growth in the period 2015-2020. The domestic chocolate industry, already worth more than $1 billion, is growing at a rate of 20 percent annually and is projected to grow by 30 percent by 2020.

The study shows that close to 70 percent of chocolate is consumed in urban India. Poor infrastructure, lack of cold storage facilities, and strong demand for traditional Indian sweets inhibit the growth of the rural chocolate market.

However, emerging trends show a growing affinity for dark and sugarless chocolates, as well as a growing demand for premium chocolate.