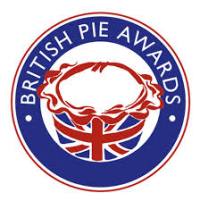 The world-renowned awards, which will be held on April 22, in the Leicestershire town of Melton Mowbray, are now in their seventh year.

A few simple pie rules must be adhered to though: all pies must be totally encased in pastry with a closed top and fit into one of the pre-assigned classes.  All pies, except the specialist class (see below), must also be commercially available.

“Each year we launch the awards to encourage innovation in pies and we’re never disappointed.  l can’t wait to see what the 2015 awards bring.  In 2014 we had everything from salt beef and gherkins to pastrami and pickle and even a squirrel pie!”

Each year the British Pie Awards have a specialty class that allows entrants to get creative with their baking. The standards are the same, but this class is all about the ‘showstopper’, with more decoration and freedom to choose filling and pastry type.  It also does not have to be commercially available.

In 2014 the class was well received with “Pies Fit for a Hero”, which also allowed those from the Armed Forces to enter their creations.
In 2015, the specialty class will be the “Bride’s Pie”, harking back to days of old before the traditional cake we know today was wedding custom. Prior to the 17th Century, pie – sweet and savory – rather than cake was served at most weddings and guests would often bring a pie as a gift. Furthermore, in a tradition predating the throwing of the bouquet, a glass ring was placed at the centre of the Bride’s Pie and the guest who got the piece with the ring was considered the next to be wed.
2015 is expected to break entry records as the classes expand to 20 classes to include a wider range of pies and one of the new classes is a “Free From” class, only allowing entries from pies that are free from gluten.
Proper Pies Ltd, the producers that won in the Beef & Ale class in the 2014 awards, did so with their gluten free beef, Guinness and root vegetable pie.  Gary Davies from the company says that developments in dietary needs have made the new free from class very timely; “we’re sensitive to the developments in the food market which is why we entered this pie last year,” he said.

“This new class will hopefully encourage other manufacturers develop contemporary recipes that can be enjoyed by everyone.”

Alongside the “Free From” and “Bride’s Pie” classes, 18 further classes have opened to allow pie perfection in all its forms.

From various meat pies to vegetarian and dessert pies, through to pies sold commercially in pubs and football stadiums, there’s a class to suit every producer.