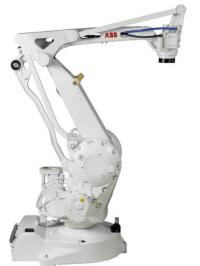 According to ITV Tonight’s ‘Man Versus Machines’ programme, a third of British jobs will be automated by 2030. The process of integrating robotics into the workplace has already begun and the next 10 to 20 years will see a major acceleration – the food sector has seen a 60% increase in automation adoption since 2000.

Pacepacker Services, packing machinery manufacturer, is keen to stress that, while robotics and automation has a role to play in making production facilities more efficient, manufacturers should ensure that the new technology is creating replacement jobs.

Paul Wilkinson, Pacepacker’s business development manager comments: “People whose positions become redundant due to automation are invariably given roles elsewhere within the business. In our view, automation safeguards the roles of the majority, making the business more efficient and enabling it to maintain and hopefully expand its contracts by improved quality and production throughput.

“Businesses that evolve will keep ahead of the game. In many cases, automation opens up new opportunities for the business and individuals within it. For example, the technicians who worked on the production line can now be re-deployed to operate multiple lines of automated equipment and to other areas of the business (both up and down stream) to keep up with the automated throughput. With fast return on investment and the long-term savings that can be made through automation, other benefits include improved quality, reduced wastage, greater production levels, less sickness and potentially an increased capacity to expand into other areas.”