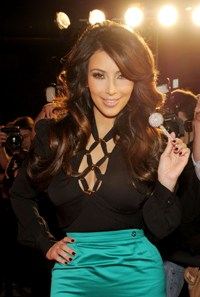 The menu, created by a team of world-class chefs, will include everything from pancakes and sweet and savory crepes to salads, burgers and pizzas, all available throughout the day.

Of course, any brasserie with “sugar” in its name is also bound to have an abundant assortment of desserts.

The Rosemont location will also have a goblet and daiquiri bar, which will provide guests with signature Sugar Factory drinks, such as its 36-oz. alcohol-infused smoking candy goblets. The bar will allow patrons to walk around the Rosemont area and enjoy the restaurant’s famous drinks while they shop.

A Chocolate Lounge also will be a part of the sweet new venue, allowing guests the opportunity to enjoy the brand’s popular Almond Joy Martini.

Patrons will also have the opportunity the purchase a sampling of the company’s signature treats and merchandise, including the world-famous Couture Pops. Synonymous with the Sugar Factory brand, Couture Pops have made confections a celebrity accessory. Britney Spears, Nicki Minaj, Katy Perry, Rihanna, the Jonas Brothers, Sting, Charlie Sheen, Kim Kardashian and Drake are just a few of the celebrities who have been spotted with the sparkly lollipops.

The famed sweet retreat opened its first New York City location in the Meatpacking District earlier this year and expanded internationally with its first retail store overseas in Bahrain this past summer. Sugar Factory will make its way to cities such as Brooklyn, Washington, D.C., Boston, Miami and more by 2014.