As a basis for sodium reduction in bread, the influence of crumb texture on the intensity of saltiness and the release of sodium ions during chewing was investigated. A coarse-pored bread crumb was created by extending the proofing time (90/120 min vs 20/40 min as control), whereas the omission of proofing resulted in a fine-pored crumb (0/0 min). A significantly faster sodium release from the coarse-pored bread compared to the fine-pored bread (constant sample weight) was measured in-mouth and in a mastication simulator. 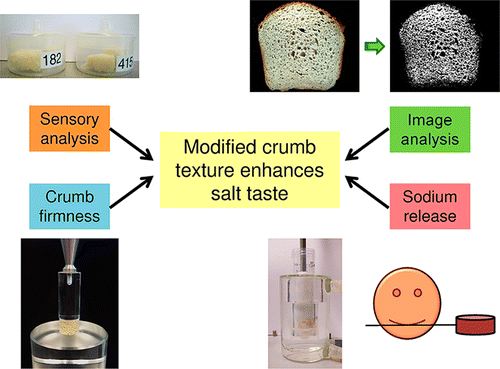