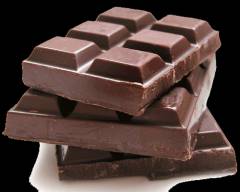 With 143 million consumers, Russia is one of most important markets for confectionery worldwide (ranked third behind the United States and China) — and the largest market in Europe.

Currently 1.1 million tons of confectionery products are sold in Russia and the demand continues to grow. Market researchers expect continued confectionery sales growth (about 6 percent) during the next four years in Russia, which would increase total confectionery volume to 1.2 million tons.

The demand for chocolate confectionery is expected to rise by 8 percent by 2017 in Russia.

A growing middle class, which currently accounts for about 20 percent of the Russian population, further stimulates the growth of domestic consumption. Young urbanites are also driving the domestic chocolate consumption as well and increasingly opting for premium foreign brands.

Sugar confectionary products make up the second largest confectionery segment, with 30 percent of the total Russian confectionery consumption (348,000 tonnes in 2013). However, it is expected that the demand for sugar confectionery will shrink over the next few years (minus 2 percent) because of consumers’ switching to healthier sweets.

Multinationals have established manufacturing bases for confectionery products in Russia both for chocolate as well as sugar confectionery to satisfy the local demand and are investing to increase capacities.

The consumption development is also reflected in the demand for confectionery machines.

As a result, Russian imports of confectionery machines rose by 37 percent between 2006 and 2012 and in 2012 reached a value of nearly 90 million Euros. Compared to the previous year (2011), that represents an increase of 16 percent (as seen in the chart below).