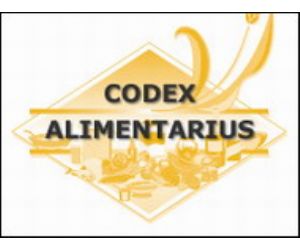 The UN food standards body Codex Alimentarius has agreed on new standards to protect the health of consumers worldwide. These include standards on fruit, vegetables, fish and fishery products and animal feed.

Codex also adopted codes on the prevention and reduction of ochratoxin A, a carcinogenic contaminant, in cocoa, guidance on how to avoid microbiological contamination of berries and on use of claims for food that is labeled “non-addition of sodium salts” including “no added salt” on food packages, to assist consumers in choosing a healthy diet.

The Codex Alimentarius Commission, jointly run by the UN Food and Agriculture Organization (FAO) and the World Health Organization (WHO), sets international food safety and quality standards to promote safer and more nutritious food for consumers worldwide. Codex standards serve in many cases as a basis for national legislation, and provide the food safety benchmarks for international food trade.

At its annual meeting last week, Codex celebrated its 50th anniversary. The session was attended by 620 delegates from 128 member countries and one member organization, one observer country and 41 international governmental and non-governmental organizations, including UN agencies.

One of the important work areas for Codex is setting safe limits and giving guidance along the food chain on prevention or reduction of contamination. Food can become contaminated by heavy metals, fungal toxins or bacteria and viruses.

The Commission adopted two important codes: prevention and reduction of ochratoxin A (a carcinogenic contaminant) in cocoa and of hydrocyanic acid in cassava, both important products for developing countries.

Fresh berries can be a healthy part of the diet but are also prone to microbiological contamination and have been associated with several foodborne illness outbreaks caused by viruses (Hepatitis A, Norovirus), bacteria (E.coli) and protozoa. The new Codex text gives advice to producers and consumers on how to prevent this contamination.

The Commission adopted a number of commodity standards that will protect consumers from fraud and ensure fair practices in the food trade: fresh and processed fruit and vegetables (e.g. avocados, chanterelles, pomegranates, table olives, date paste, and tempe) and fish and fishery products (smoked fish, abalone). The standards help buyers and sellers establish contracts based on Codex specifications and make sure that the consumers get from the products what they expect.

The Commission also adopted the nutrient reference values on sodium and saturated fatty acids, which are nutrients associated with noncommunicable diseases (NCDs), to be included in the Guidelines on Nutrition Labelling.  This is part of Codex’s on-going efforts to promote healthy dietary practices and address the increasing public health problem of diet-related NCDs.

The Commission also adopted the revised and updated guidelines on formulated supplementary foods for older infants and young children to ensure the health and nutrition of the vulnerable population group. Furthermore, the Commission adopted hundreds of safe maximum limits for pesticide residues and veterinary drugs and provisions for food additives.

Guidance on control for food and animal feed

Because of the volume of trade  and need to harmonize national standards, the Commission agreed to create a new Codex Committee on Spices and Culinary Herbs, which will be hosted and chaired by India.

The Commission approved its Strategic Plan 2014-2019, which will guide the work on protecting consumers’ health and ensure fair practices in the food trade over the next six years.