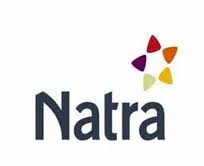 Listed Spanish multinational Natra, a reference in the manufacture of chocolate products and cocoa derivatives, with a specialised focus on the retail industry and other food companies, will set up production in the coming months in Ontario (Canada), to directly address its customers demand in North America.

This new project is part of Natra’s strategic plan, one of the prior objectives being to increase the company’s position in markets outside Europe, and especially in North America and Asia, following the commercial progress already made in these regions in the last two years.

The new rented production facility will be part of Natra’s consumer goods division, alongside the four existing multi-product factories in Spain, France and Belgium where the company produces chocolate bars, chocolate spreads, countlines and Belgian chocolates and specialties.

The division’s current annual production is 77 thousand tonnes of chocolate products, which the company aims to complement with an additional 12 thousand tonnes from the new Canadian plant over the next three years. After the factory adaptation process and the production start to be held in the coming months, Natra estimates the new plant to be fully operational in the first half of 2014.

Natra’s manufacturing presence in Canada will be accompanied by the opening of a new sales office in Toronto next June, which will allow the company to concentrate the consumer goods division’s production and commercial teams in the area. The company will maintain its sales office in San Diego (USA), which will resume the initial activity from its opening in 2001, ie the marketing of the industrial goods division’s cocoa derivatives.

The new project in Canada will involve an investment of 12 million euro, which Natra is to finance with 40% company equity and 60% local government grants and credit lines from Canadian banks.

According to Natra’s CEO Mikel Beitia: “In 2012, the North American market accounted for 12% of Natra’s consumer goods division’s turnover. Sales in that region rose from 13 million euro in 2011 to 29 million euro at the end of 2012, a growth of 123%. With the increased presence of Natra in North America, we estimate that the consumer goods division’s sales in this market will double again in the next three years.”