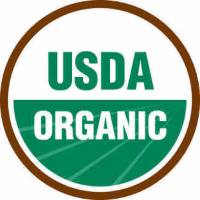 Does an uptick in the economy give people more reason to care about Mother Earth? That is what a March 2013 Harris Poll of 2,276 U.S. adults (ages 18+) interviewed online set out to find.

Turns out that concern for the current stateand future of the environment are on the rise in 2013 (38 percent vs. 31 percent in 2012) even as economic indicators point to all-time stock market highs and a solid housing market recovery. However, as Americans start to feel better about reaching into their pockets, they still may not be ready to dish out the extra green on organic items. Turns out that more than half (59 percent) agree that labeling food or other products as organic is just an excuse to charge more.

“What surprised us most was that while Americans are showing more concern for the environment, they aren’t necessarily willing to pay more to do anything about it,” says Mike de Vere, president of the Harris Poll. “While Americans feel better about the economy, many are wary of the ‘greenwashing’ concept that gives companies a chance to cash in on consumers who want to help the planet but are confused by all the eco-friendly jargon.”

Going green continues to be a gray area, as consumers try to decide where it makes sense to incorporate it into their lives. While recent research shows that organic produce and meat typically aren’t any better for you than conventional varieties when it comes to vitamin and nutrient content [1] , more than half of Americans (55%) believe that organic foods are healthier than non-organic. In addition:

48% think washing dishes by hand is more environmentally friendly than using the dishwasher, though a study from Scientists at the University of Bonn in Germany found that the dishwasher uses only half the energy, one-sixth of the water, and less soap than hand-washing an identical set of dirty dishes.

Is it easy being green?

Americans are divided on how easy, or not so easy, it is to live a more environmentally conscious lifestyle, with nearly equal percentages of U.S. adults perceiving it as difficult (49%) and easy (47%). When asked about sentiments towards going green, respondents indicated the following:

Eight in ten Americans (80%) say they will seek out green products, but only three in ten (30%) are willing to pay extra for them

As noted, the majority of Americans agree that labeling food or other products “organic” is just an excuse to charge more (59%)

Men are the most skeptical about organic, with 63% agreeing that the labeling of food or other products as organic is an excuse to charge more, versus 54% of women

Overall, efforts to be green seem to have leveled off, with nearly two-thirds (63%) making the same amount of effort to be environmentally conscious as a year ago, up considerably from 2009 (51%).