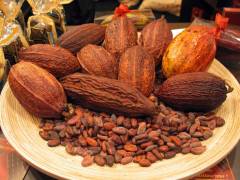 The top cocoa consumer regions in the world have disclosed their figures of cocoa grinding for the first quarter of the year. The amount of cocoa beans grinded is usually taken as an indication of the evolution of the consumption of this product, given the difficulty of making more accurate estimates as the cocoa is an ingredient involved in several products -not only in chocolate-, and always in very different proportions (biscuits, breakfast, cereals, yogurts, ice creams, etc).

These regions are the European Union (EU-15  plus Switzerland) and North America (U.S., Canada and Mexico) that account, respectively, for 33% and 12% of the global grinding.

On the other hand, Malaysia, which is one of the main grinders, but it is not among the main consumers, reported 72,203 tons, 3.2% less than in the previous year.

Although the general trend has been negative, it was better than expected in view of the consumption downturn in many countries. Perhaps this is one of the reasons why the cocoa futures market has gone up around 3% in the last week.