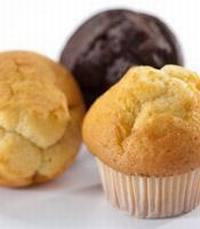 Muffins continue their upward trend in the in-store bakery despite the department’s struggle to grow sales.

Although in-store bakeries struggled to grow dollar sales during most of 2012, muffins have continued their upward trend. During the 52 weeks ending Nov. 24, 2012, muffins averaged weekly sales of $483 per store, a gain of 5.9 percent from the previous year.

Muffins accounted for 4.4 percent of department sales, a 0.2 percent increase from the previous year. The category includes six-count, four-count, two- to three-count, one-count or bulk, mini and all other muffins.

Seasonality did not appear to play a large role in muffin sales. The week ending Oct. 6, 2012, posted the highest sales, with $576 per store. Mother’s Day weekend ending May 12 was the only holiday that drove a spike in muffin sales. This was the second-highest selling week nationally with $544 per store. Conversely, New Year’s Eve week ending Dec. 31, 2012, was the lowest selling week with average sales of $332 per store.

Muffin sales varied heavily from region to region. The East region’s weekly store sales nearly doubled the national average, with $947 per store. However, the East was the only region to decline in dollar sales, decreasing 0.8 percent from the previous year. The Central and West regions followed the East with store sales of $472 and $415, respectively. The Central region paced slightly behind the national sales growth with 5.3 percent gains. The West had very strong returns of 9.9 percent. The South region had the lowest per-store sales of $353 per week, but grew sales 9.3 percent.

As in-store bakeries continue to establish their points of differentiation, muffins will play an increasingly important role. Four-count and bulk muffins continue to make up the majority of sales and will require special attention in order to develop the correct assortment and promotions.