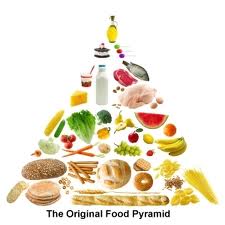 Today, it seems high protein foods are one of the most sought after nutritional choices among American consumers to meet a variety of needs, from balancing diet, building muscle and weight loss. Indeed, according to new research from  introductions of foods and drinks making a high protein claim are almost three times higher in the US than anywhere else in the world, accounting for 19 percent of global new product launches in 2012.

This makes the US the biggest market by far for high protein products, as India and the UK follow with nine percent and seven percent respectively of new food and drink launches with high protein claims in 2012.

Nirvana Chapman, Global Food Science Trend Analyst at Mintel: «Protein awareness is higher and more sought after by US consumers than elsewhere in the world and the opportunity exists for value brands to add cost effective protein to products to entice a larger consumer segment. Americans are looking for protein to aid in satiety, weight management and to boost muscle recovery and build muscle after a workout, making protein appeal to a broad audience in a great number of usage occasions».

In addition to a large number of launches, foods making high protein claims span a wide array of categories, well beyond naturally protein rich foods such as meat, poultry, and fish. Snacks, for example, dominate the category – accounting for 20 percent of the high protein food and drink new product launches in the US in 2012, followed by meal replacement and other fortified drinks (17 percent) and yoghurt (15 percent).

Additionally, Mintel´s research reveals that demand for high protein products is also coming from consumers who are avoiding animal sources of protein for either health, environmental, or ethical reasons. Products launched in the US with both a high protein and vegan claim have shown a steady increase since 2008, posting 54 percent growth in the past five years (to 2012).

Moreover, it seems high protein products can offer significant advantages to sports beverage formulations, due to proteins´ attributes of enhancing muscle growth and repair after exercise. According to Mintel, protein use in meal replacement and sports beverages making high protein claims posted a 37 percent growth in the past five years.

The market is supported by a large number of US consumers who are actively seeking high protein products when selecting which meal-replacement products to buy, with nearly half (46 percent) of all meal-replacement users in the US stating that high-protein is a very important selection attribute for them. Renowned for keeping you feeling full for longer, high protein foods are also tapping into the wider satiety trend. Indeed, 87 percent of US consumers indicated satiety as an important food attribute for them when choosing products.

«A ‘Satiety Index’ (SI) is often used to measure the hunger-fighting power of certain foods. Foods with a high-SI leave people more satisfied after eating and ensure that they are likely to eat less for hours after. Protein in particular has been shown to have a positive effect on subjective satiety, with whey protein in particular having demonstrated a functional role in weight management and satiety. High-satiety products are likely to continue to grow, with meals and soups integrating high protein content being the ideal categories for growth», Nirvana Chapman explains.

Globally, the percentage of food and drink products launched with a slimming claim in the past five years that include whey protein are trending upwards. In new product launches with a slimming claim, Mintel´s research shows triple digit growth – up 140 percent between 2008 and 2012 globally.

Chapman: «In the weight management industry, there is an upward trend towards products that combine whey protein, peptides, and calcium for weight loss. Specifically, the high protein trend is growing worldwide, evidenced by countries with high protein claim products being launched, as well as European examples of consumers seeking high protein products. Manufacturers can capitalize on this opportunity to educate and entice consumers with protein to meet various needs»