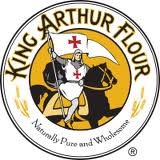 Smith joined the baking industry in the 1970s when he began working at his father-in-law’s retail bakery in South Carolina. He and his wife Peggy owned that bakery for more than 20 years. In 1990 he sold the bakery and began working with Dawn Food Products for 10 years as a sales manager and training coordinator. He joined King Arthur Flour in 2000 as the company’s BFS national sales manager.

Smith also serves as the director emeritus and has served as treasurer of the Southeastern Retail Bakers Association, and is a former member of the Board of Directors of the Retail Bakers of America.

In 2012 he was inducted into the Retail Bakers of America Class of Emeritus.