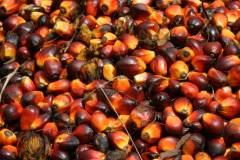 France’s National Assembly has reportedly rejected a proposed tax on palm oil that appeared to be a go earlier in the week. On November 12, 2012, the French Senate voted 186-155 against the so-called “Nutella tax,” which aimed to impose a 300-percent tax on palm oil, a key ingredient in the beloved hazelnutchocolate spread that is high in saturated fats.

Arguing that palm oil poses a threat to public health, lawmakers initially proposed the measure as part of a larger bill focused on financing the national health care system and encouraging manufacturers to use healthier alternatives. According to news sources, Nutella® is 20-percent palm oil, so had the tax passed, the price of the popular spread would have likely increased by about 0.06 Euros per kilo, or about three-and-one-third cents per pound. But the anticipated price increase apparently upset French consumers, who have traditionally been among Nutella’s® most vocal fans. The spread is a common filling for crepes eaten both at breakfast and for dessert.