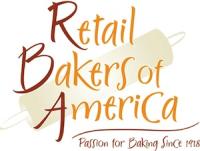 The Retail Bakers of America inducted three new emeritus members: Michael Kalupa, Edward Lee and Robert Smith. They were honored earlier this month during the general session at All Things Baking in Houston.

Established in 2007, the emeritus membership is designed to honor individuals who influenced the RBA and the bakery industry. Emeritus members are nominated by RBA’s board of directors and receive an individual lifetime membership to RBA.

Mike Kalupa started in the baking industry at a very young age traveling with his father, Bud Kalupa, a salesman at Karp’s Milwaukee Bakers Supply. In 1979 the two bought a bakery in Tampa, Fla. After a few years Kalupa and his wife Susan bought his father’s share and took sole ownership of Kalupa’s Bakery. Kalupa became  active with the Southeastern Retail Bakers Association (SRBA), serving on the board of directors and as president. He also served on the board of the RBA and was president of the organization. Rich Reinwald, of Reinwald’s Bakery, accepted the award on Kalupa’s behalf.

Ed Lee, editor emeritus of Modern Baking magazine, has been a journalist for 45 years, spending 30 of them in the baking industry. In 1982 he was named editor of Bakery Production & Marketing magazine. Five years later, he founded Modern Baking with partners Bill Donohue and John Meehan. Lee was chief editor of Modern Baking until the publishing company was sold to Penton Media in 1998, when he was named publisher of Modern Baking. He held this position until he retired in 2004. Lee also has served on the advisory board of the RBA and participated in various RBA projects.

Robert Smith began his career in the baking industry in the 1970s when he took a job at his father-in-law’s retail bakery in South. He and his wife Peggy owned that bakery for more than 20 years, growing it from eight to 26 employees. In 1990 he sold the bakery and began working with Dawn Food Products for 10 years as a sales manager and training coordinator. He joined King Arthur Flour in 2000 as the company’s national sales manager for bakery flour sales. He is now senior sales manager for bakery flour sales. Smith has served on the board and as treasurer for the SRBA. He also has served on the board and executive committee of the RBA.