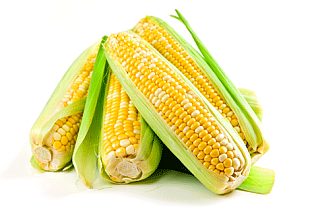 France’s government on Wednesday asked a health watchdog to carry out a probe, possibly leading to EU suspension of a genetically-modified corn, after a study in rats linked the grain to cancer.

“Depending on ANSES’ opinion, the government will urge the European authorities to take all necessary measures to protect human and animal health,” they said in a joint statement.

“(The measures) could go as far as invoking emergency suspension of imports of NK603 corn to Europe pending a re-examination of this product on the basis of enhanced assessment methods.”

Earlier, French scientists led by Gilles-Eric Seralini at the University of Caen in Normandy unveiled a study that said rats fed with NK603 corn or exposed to the weedkiller used with it developed tumours.

NK603 is a corn, also called maize, made by US agribusiness giant Monsanto.

It has been engineered to make it resistant to Monsanto’s herbicide Roundup.

This enables farmers to douse fields with the weedkiller in a single go, thus offering substantial savings.

Genetically modified (GM) crops are widely grown in North America, Brazil and China but are a hot-button issue in Europe.

The study, published in the peer-reviewed journal Food and Chemical Toxicology, says it is the first to look at rats over their normal lifespan of two years.

“For the first time ever, a GM organism and a herbicide have been evaluated for their long-term impact on health, and more thoroughly than by governments or the industry,” Seralini told AFP. “The results are alarming.”

Two hundred male and female rats were split into 10 groups of 10 animals.

One was a “control” group which was given ordinary rat food that contained 33 percent non-GM corn, and plain water.

Three groups were given ordinary rat food and water with increasing doses of Roundup, reflecting various concentrations of the herbicide in the food chain.

The other six were fed rat food of which 11, 22 or 33 percent comprised NK603 corn, either treated or not with Roundup when the corn was grown.

The researchers found that NK603 and Roundup both caused similar damage to the rats’ health, whether they were consumed together or on their own.

Premature deaths and sickness were concentrated especially among females.

At the 14-month stage of experiment, no animals in the control groups showed any signs of cancer, but among females in the “treated” groups, tumours affected between 10 and 30 percent of the rodents.

“By the beginning of the 24th month, 50-80 percent of female animals had developed tumours in all treated groups, with up to three tumours per animal, whereas only 30 percent of controls were affected,” it said

Breaking with a long tradition in scientific journalism, the authors allowed a selected group of reporters to have access to the paper, provided they signed confidentiality agreements that prevented them from consulting other experts about the research before publication.

Asked to respond, the French unit of Monsanto said “it is too soon to make a serious comment because we have to evaluate the study. As soon as it is available, our experts will look closely at it to give their scientific assessment.”

Green groups say GM crops could be dangerous to health and the environment, although this claim has so far found no traction in large-scale studies.

The Monsanto spokesman said that “more than 300 peer-reviewed studies” had found that GM food was safe.

In 2009, the European Food Safety Agency (EFSA) panel on GM organisms determined that NK603 was “as safe as conventional maize”.

“Maize NK603 and derived products are unlikely to have any adverse effect on human and animal health in the context of the intended uses,” it said, delivering a judgement based in part on a 90-day feeding study on rats.

NK603 can be imported but cannot be grown in Europe.

Only Monsanto’s MON810 transgenic corn and a gene-modified potato, Amflora, made by BASF, have authorisation for being grown in Europe.

However, Austria, Bulgaria, France, Greece, Hungary, Luxembourg and Romania have outlawed the growing of MON810 on their territory, citing the principle of precaution.