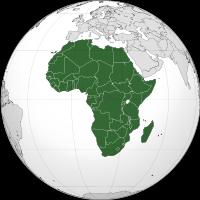 Africa is hot in the packaged food market. The continent’s changing demographic profile, increasing urbanization and concurrent increase in discretionary spending all point to increased growth. Food corporations have consequently become more active in key countries of interest as the race to secure positions in new emerging markets intensifies.

For example, Olam International, a global agricultural and food company based in Singapore, made several recent acquisitions in Africa. These include the January purchase of Titanium Holding Co., a Nigerian biscuit manufacturer, for US$167 million (€136 million). Titanium Holding owns Nigeria’s second largest biscuit and confectionery franchise under the OK brand umbrella, with a turnover of approximately US$162 million (€132 million) in 2011.

Olam’s purchase of Titanium represents the first step it its strategic plan to grow its packaged food business in Africa. It aims to build regional brand and market leadership in a number of core packaged food categories, including tomato paste, seasoning, pasta, biscuits and noodles across key West African markets. The company is focusing its efforts on Nigeria, Ghana, Côte d’Ivoire and the MBTN cluster of countries (Mali, Burkina Faso, Togo, and Niger). The company estimates a combined market of more than US$4 billion (€3.3 billion) across eight categories in which it plans to expand. The biscuit industry seems particularly attractive to outside investors because biscuits are a major packaged food in many of the countries of Africa.

South Africa’s role as the traditional gateway into Africa is now being challenged, and as a result, Nigeria, Egypt and Ghana fit the bill, among others. Nigeria’s population numbers some 158 million people compared with South Africa’s 50 million, and it is likely to eclipse the latter as the continent’s premier economic power in the next five years.

Olam is not the only manufacturer with a growing interest in expanding in Central and West Africa. In 2010, Tiger Brands, Bryanston, South Africa, bought Deli Foods Nigeria Ltd., a Nigerian biscuit manufacturer, and formed a joint venture with the East Africa Group of Companies, an Ethiopian manufacturer of biscuits and other packaged food products. Tiger also purchased a 49% interest in UAC of Nigeria, one of the country’s biggest diversified food manufacturers.

London, UK-based “frontier investment” and equity company Silk Invest manages the Africa Food Fund, a private equity fund that invests in processed food, beverage and quick-service restaurant companies on the continent. The equity firm invested in a confectionery company in Egypt and a biscuit company in Ethiopia and believes that there are better opportunities for investment in the food industries of such countries than in the continent’s largest economy: South Africa.

Nestlé, Vevey, Switzerland, is also investing heavily in Africa. Nestlé had sales of CHF 2.9 billion (€2.4 billion; US$2.9 billion) in Africa in 2011, with sales growing by 18% vs. 4% in its developed markets. The company aims to double its business on the continent by 2020, investing CHF 1 billion (€800 million; US$1 billion) between 2010 and 2012 to open new factories and distribution centers or expand existing ones. The initial product focus is cereals, beverages, confectionery, soup and coffee.

The escalating mergers and acquisitions activity in Africa is related to the untapped potential for growth in the continent. The population of Africa is increasing at a rapid pace, faster than that of Asia. According to UN forecasts, Africa’s population will rise by 94% between 2010 and 2050, while Asia will grow at a rate of 26%.

But it is not just population that is on the rise. The economic strength of Africa is also notable. Between 2000 and 2010, Africa was home to six of the world’s 10 fastest-growing economies. Furthermore, earlier this year, an Ernst & Young “Rapid Growth Market Forecast” report stated that Ghana would be the country with the highest rate of real GDP growth in 2012, followed by China and then Nigeria.

The African Development Bank estimates that Africa’s middle class, those earning between $4 and $20 a day, will increase to 1.1 billion people by 2060 and account for 42% of the continent’s population.

A considerable amount of the packaged foods currently consumed in Africa is imported. The rising population and the increasingly stabilized and growing economies in some of the biggest countries on the continent together suggest major opportunities for local manufacturing.

However, the continent is obviously not without problems concerning political instability, conflict, corruption, an inconsistent regulatory environment and poor infrastructure across public and private sectors.

While some foreign companies see the potential in the likes of Nigeria and the rest of Central and West Africa, others may prefer to continue to look to Asia, where countries such as Vietnam and Indonesia seem to present less risky options, but potentially lower returns.