Milling & Baking News‘ exclusive interview of Daniel Servitje, CEO of Grupo Bimbo, SAB de CV, was preceded by a half-day tour of Bimbo’s baking complex at Azcapotzalco in the northwest part of Mexico City. Dating to 1972, the facility represented a “quantum leap” forward by the company when it opened, said Rosalio Rodriguez, Grupo Bimbo chief of operations.

Today, Azcapotzalco is far from the company’s newest plant and in certain regards may be viewed as a typical or middle-of-the-road facility, Mr. Rodriguez said. The tour offered insights into important ways the company works to keep its facilities up to date. 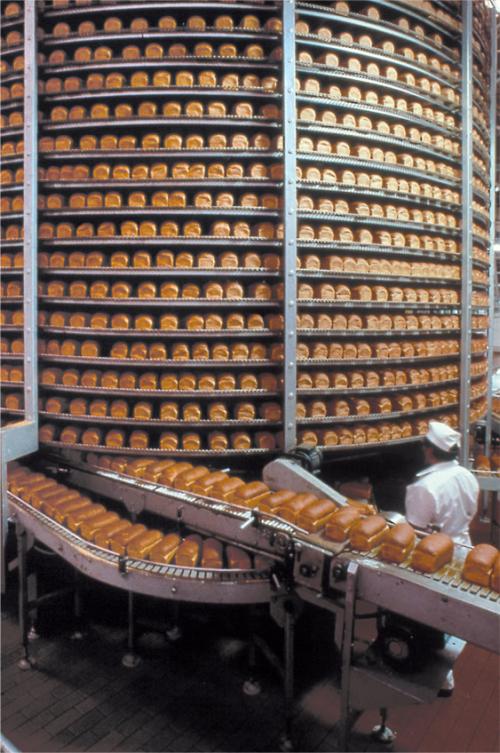 Azcapotzalco is one of 29 Bimbo bakeries sprinkled through Mexico (the company operates another 13 Barcel snack and El Globo pastry facilities). Of the 29 plants, five are located in the company’s Metropolitan region around Mexico City.

Emblematic of change at the company, a water treatment plant recently was installed on the Azcapotzalco property. Across Mexico, water systems at Grupo Bimbo plants allow the company to reuse 70% of treated water in activities such as irrigation and vehicle washing. The complex also features a package recycling center where waste is classified, quantified and separated. The effort, started in 2010, allows Bimbo in Mexico to reduce waste by 14% and recycle about 80% of all packaging waste generated.

Also consistent with change is success the company has achieved in moving toward just-in-time shipment of raw materials.

“Average inventories were more than twice as large 10 years ago,” Mr. Rodriguez noted.

The company’s commitment to the environment is evident in ways other than the water treatment and recycling center at the plant. The facility was built with skylights so that work spaces are naturally lit whenever possible (lights are installed but are turned off most of the time).

“We were one of the first companies to begin using oxodegradable films, with 3-, 5- or 7-year degradation — not 100 years — for snacks, cookies, cakes and bread,” Mr. Rodriguez said. “That’s a big change. We’re also working to optimize the size of the package to diminish waste.”

The entire Azcapotzalco property is landscaped with large green spaces, including an 11-acre, pristinely maintained soccer field in the center of the property, separating and surrounding the two baking plants. The plant is a resource for physical activity and recreation for the Azcapotzalco workforce and also is used by area youth for outreach programs. And while a sense of team spirit is cultivated across the entire company and throughout Grupo Bimbo, a friendly rivalry also exists between informal teams created from the Bimbo and Marinela plants.

All Bimbo’s 29 plants feature soccer fields, but the Azcapotzalco complex has a unique feature: It houses the official Grupo Bimbo historical archive and museum. Displays include actual baking equipment (still in working order) from the original plant, photos capturing the company history and even the desks of the company’s founders.

One framed document features the 1943 notes of these men as they tried to select a name for the company. Considerations included Pan Azteca, Sabrosoy and Pan Rex. According to the resident historian, the name Bimbo was a creation of the founders, looking to conjure a playful image by combining the words Bingo (based on the game) and Bambi (based on the popular Disney movie released a year earlier). The complex also has a collection of Bimbo delivery vehicles on display, new and old, from all over the world.

Wastewater treatment is a fairly new addition at Azcapotzalco, Mr. Rodriguez said, calling it an important part of the company’s commitment to the environment.

“The treatment systems that we have installed consist principally of three stages, the first consists of the use of physic and physiochemical methods to remove sedimentable and suspend solids,” he said. “The second stage consists of a biological method where the dissolved solids are removed. And finally, the third stage is one in which specialized filters and disinfection methods give the last treatment to water, taking away the final impurities providing a water quality to use in irrigation and to wash vehicles.”