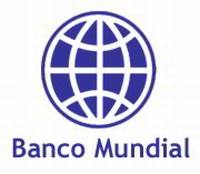 This summer’s lingering drought—the worst in at least 50 years, with over 1,000 counties in 26 states currently qualifying for disaster relief—will inevitably cause a spike in food prices. As reported by The Wall Street Journal, corn is now 22% more expensive than at the beginning of the year, and soybeans are up 32% (see in “For Food, It’s the Bad and the Ugly”).

After a period of high food prices, consumers initially got a bit of a break this year. And as the WSJ article notes, consumers haven’t yet felt the effects of this summer’s drought-induced price hike—but they will soon, first in meat prices, with packaged and processed foods taking a hit in 10 months to a year (see WSJ, MarketWatch, “Why the Fed Will Look Past Rising Food Prices”). Once that impact hits and major food manufacturers are subsequently forced to raise prices, analysts predict consumers will reduce total food expenditures while taking a renewed look at private-label products. Reduced overall spending could impact the overall economy, forcing the Federal Reserve to potentially take stimulation measures it when it meets tomorrow and Wednesday; some analysts feel that the current commodity situation will not factor into the Fed’s current thinking.

The World Bank has voiced its concern about this situation—and particularly how it might potentially impact the world’s economically disadvantaged population.

“When food prices rise sharply, families cope by pulling their kids out of school and eating cheaper, less-nutritious food, which can have catastrophic, lifelong effects on the social, physical and mental well-being of millions of young people,” said Jim Yong Kim, group president, World Bank. “The World Bank and our partners are monitoring this situation closely so we can help governments put policies in place to help people better cope.

“In the short term,” continued Kim, “measures such as school feeding programs, conditional cash transfers, and food-for-work programs can help to ease pressure on the poor. In the medium to long term, the world needs strong and stable policies and sustained investments in agriculture in poor countries. We cannot allow short-term food price spikes to have damaging long-term consequences for the world’s most poor and vulnerable.”

The World Bank reports that the impact of the U.S. drought on global markets has been exacerbated by weather-related conditions in other countries that have affected production, where a “feast or famine” polarity has emerged. Like the United States, wheat crops in Russia, Ukraine and Kazakhstan have been hit hard by a lack of rain. Europe has the opposite problem, where persistent rain is causing problems with the wheat crop. In India, monsoon rainfall is about 20% below the long-term annual average.