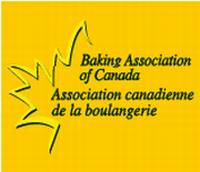 Paul Hetherington has been with the Baking Association of Canada for nearly 20 years and he has never seen people so turned off by bread.

At least not since the Atkins diet was a major fad, and, unfortunately, this is worse.

While Atkins was a short-term fad, Mr. Hetherington, the president and chief executive of the association said the current adversity to bread is different because the grain-based staple is now plagued by several factors that are unlikely to go away anytime soon.

First, cash-strapped consumers are being more disciplined with not wasting food products.

“Bread is a perishable product, so if one is more careful with it, putting it in the freezer for example, it doesn’t go stale,” he said.

Also, recent dietary shifts due to a stigma associated with wheat products and an embracing of gluten-free diets by people who are not adverse to gluten have driven down bread volumes, Mr. Hetherington said.

The industry was able to recover from the Atkins sting by adapting with alternative products such a wraps. But this time flour suppliers are seeing a drop across the board, Mr. Hetherington said, and the Baking Association of Canada is not optimistic about a short-term turnaround in bread volumes.

“There’s been a lot of pressure on volumes in the last couple years … We are going to continue to see pressure on volumes throughout the year. I’d love to be able to say differently but I don’t see that type of turnaround anytime in the near future,” Mr. Hetherington said.

The global squeeze on bread volume sales was reflected in the corporate world on Wednesday.

Its Bakery Products Group dragged down profits, experiencing a steep 73% drop in adjusted operating earnings to $3.3-million in the first quarter of 2012 from $12.2-million last year. Mr. McCain said the main factors were volume softness in fresh bakery sales and duplicate of costs related to the company’s new Hamilton bakery business.

Analysts anticipated bakery sales to fall, but were surprised by the magnitude of the effect on earnings.

“As [McCain] said, a big fixed-cost company, you get a small decline in volume and it really hits the profitability,” said Bob Gibson, an analyst with Octagon Capital Corporation.

Maple Leaf will implement marketing initiatives to drive sales in the category, including focusing on the health benefits of bread and target growth categories, such as English muffins and bagels, he said. The company also expects to benefit from lower commodity costs, including wheat, to improve margins later in the year

Overall first-quarter sales rose 1% to $1,160.8 million compared with $1,147.9 million last year due to higher prices. But the increase was only marginal due to the loss in bakery and pork volumes.

After a weak first quarter, the company lowered its earnings predictions [EBITDA] from achieving 11.5% increase in earnings for the full year to only reaching that in the fourth quarter.