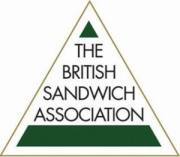 2012 is the 250th Anniversary of the Sandwich and to mark the occasion, the British Sandwich Association  is launching a national campaign to promote sandwiches – and it is designed to directly support sandwich businesses. Starting in January with the announcement of the anniversary, the campaign will build through the year. Some features of the campaign:

In addition to this activity, the Association is also planning a major national event in May designed to grab headlines. There are also discussions about creating a TV programme about the history of the sandwich. Market research is also being planned to create a better understanding of the dynamics of the sandwich market.