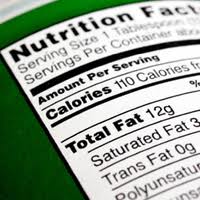 The British government’s plan to get the nation to cut 5bn calories a day from its diet has been dismissed “worthless, regurgitated, patronising rubbish” by Jamie Oliver, the celebrity chef and food campaigner.

Faced with a mounting obesity crisis that a succession of government initiatives on exercise have failed to turn around, the government is urging individuals to eat less and eat more wisely. It has also promised to talk to the food industry about voluntary cuts in the calorie content of processed food and drinks.

The plan drew derision from food campaigners and doctors. “Simply telling people what they already know – that they need to eat less and move more – is a complete cop-out,” said Oliver. “This whole strategy is just worthless, regurgitated, patronising rubbish.

The UK government wants to ask the industry to voluntarily reduce the calories in their products. A 3-5% reduction in the calorie content in an average shopping basket would cut obesity without the consumer even noticing any change in the food they ate, claimed a government spokesman.

About 60% of UK adults and a third of children are overweight or obese. Strokes and heart problems are rising, diabetes is rocketing and overweight people run increased risks of cancers and infertility.

Which? executive director Richard Lloyd said the UK government’s approach to tackling obesity was woefully inadequate. “The government calls on people to cut down the calories they eat, but isn’t giving them the tools to do so,” he said. “It must make sure front-of-pack traffic light labelling is used on all food products and clear calorie labelling is provided in all food chains.

“Food and drink manufacturers must cut fat and sugar, and therefore calories, from their products where possible and promote healthier options. But expecting them to do this voluntarily through a vague call to action is naive. We need a proper strategy which includes ambitious targets.”