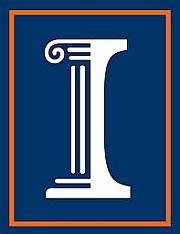 Sugar crystals do not melt, but instead decompose in a heat sensitive reaction termed ‘apparent melting’, according to new research.

The research, published in the Journal of Agricultural and Food Chemistry and recently presented to the Institute of Food Technologists, goes against years of belief that sugar melts.

In her IFT presentation about the importance of the new discovery, lead researcher, Professor Shelly Schmidt of the University of Illinois, USA, told food scientists they could use the new findings to manipulate sugars and improve the product flavour and consistency.

“The loss of crystalline structure in sucrose, glucose, and fructose has been shown to be due to the kinetic process of thermal decomposition … rather than thermodynamic melting,” said the researchers.

“This discovery is important to food scientists and candy lovers because it will give them yummier caramel flavours and more tantalizing textures,” said Schmidt.

“Certain flavour compounds give you a nice caramel flavour, whereas others give you a burnt or bitter taste. Food scientists will now be able to make more of the desirable flavours because they won’t have to heat to a ‘melting’ temperature but can instead hold sugar over a low temperature for a longer period of time,” she added.

Schmidt added that confectionery manufacturers could use the predictable time-temperature relationship, similar to ones that the dairy industry uses for milk pasteurization, to achieve better results in the development and production of products.

Schmidt and her team said that they didn’t intend to turn such an established rule of food science on its head, but they began to suspect that something was amiss when they could not find a constant melting point for sucrose in work that they were doing.

“In the literature, the melting point for sucrose varies widely, but scientists have always blamed these differences on impurities and instrumentation differences. However, there are certain things you’d expect to see if those factors were causing the variations, and we weren’t seeing them,” said Schmidt.

As their work developed, the researchers found that the ‘melting point’ of sugar was dependent on the rate at which it was heated.

“We saw different results depending on how quickly we heated the sucrose. That led us to believe that molecules were beginning to break down as part of a kinetic process,” explained Schmidt.

Schmidt said a material that truly melts, in a thermodynamic reaction, does so at a consistent, repeatable temperature, and retains its chemical identity when transitioning from the solid to the liquid state.

After realising that the there was no consistent, repeatable temperature for sucrose to melt, the team then set out to test whether the sucrose had the same chemical properties before and after ‘melting’. It did not.

“As soon as we detected melting, decomposition components of sucrose started showing up,” said Schmidt.

The research team then went on to demonstrate that glucose and fructose also decompose rather than melt. In order to distinguish this new phenomenon of decomposition from thermodynamic melting, the researchers coined a new name: ‘apparent melting’.

Having disposed of one food science untruth, Schmidt said that she plans to devote time to investigating others.

She said that new instruments are making it possible to probe some of the processes scientists have taken for granted in a way they couldn’t do before.

She said that next up she plans to investigate the mechanics of staling:

“We could ship a lot more food around the world if we could stabilize it, keep it from getting stale,” she said.