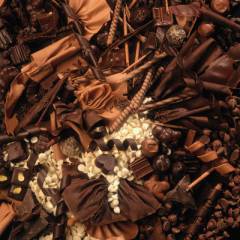 Children and parents can say goodbye to sticky faces and fingers and stained clothes thanks to the globe’s first non-melting chocolate, claims confectionery manufacturer Choc-o-Bloc.

Magic Choc, said to be the confectioner’s answer to Play-Doh, can be poked, prodded, squeezed, shaped and finally eaten without leaving tell-tale on faces and hands, said the company.

A spokesman for distributor The In Thing told : “ We have taken one of the world’s most popular toys – Play-Doh – and turned it into chocolate .”

Made with 100% Belgian chocolate at a factory in Northern Ireland, Magic Choc can be moulded and shaped without heating. It is pliable from 20°C and playable up to 37°C. Chocolate usually melts at 33.8°C.

A combination of oils within the chocolate prevents melting and keeps the product flexible, said the spokesman. Both the product and the production process are patent-protected.

Suitable for children over four years of age, prices range from £4.99 for the Starter Pack to £9.99 for the Deluxe Activity Pack.

Each box contains three bags of chocolate drops: White, milk and dark. All products are supplied with anti-bacterial hand wipes.

Launched earlier this month, the chocolate will be available from outlets such as Toys R Us and independent stores. Choc-o-Bloc reports worldwide buyer interest from Europe, the United States and Australia.

Meanwhile,  FoodNavigator.com reported a study earlier this year identifying the need for more research to uncover the secret of producing cheap and tasty chocolate that is resistant to melting.

“Numerous patents from around the world indicate that much research on this topic has been done,” said the reviewers, led by Terri Stortz from the University of Guelph, Canada.