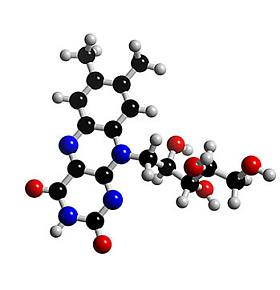 A novel process for enriching bread and pasta with vitamin B2 could be extended to a wide range of cereal based foods and beverages, claims new research.

The authors, writing in the Journal of Agricultural and Food Chemistry, found that a biotechnological based fortification method using ribo?avin-overproducing lactic acid bacteria (LAB) significantly increased the vitamin B2 content of pasta and bread.

Vitamin B2, or ribo?avin, is commonly used in multivitamin and B complexes and has become a stalwart of energy drink products due to its energy-giving potential. Other benefits include its role as an antioxidant.

Dietary ribo?avin is present in liver, egg yolk, milk, and meat, whereas the vitamin is commercially synthesized for nutritional use in the forti?cation of various food products such as bread and breakfast cereals.

The team of Italian and Irish researchers claim that in situ fortification by bacterial fermentation provides the basis to enhance the nutritional value of food products and their commercial value.

And they found that biotechnological alternatives to the chemical synthesis of ribo?avin for vitamin inclusion in foods offer many advantages.

These methods, continue the researchers, are less expensive and are also “more environmentally friendly, include the use of renewable sources, and lead to a yield of equal or superior quality.”

And the authors cite recent studies on the selection of ribo?avin-overproducing strains for potential food applications including the manufacture of vitamin B2-enriched dairy products, which were found to improve the ribo?avin status of deficient rats.

According to the study, lactic acid bacteria (LAB) were obtained from durum wheat ?our samples and screened for roseo?avin-resistant variants to isolate natural ribo?avin-overproducing strains.

These strains were used for the preparation of bread (by means of sourdough fermentation) and pasta (using a pre-fermentation step) to enhance their vitamin B2 content.

The researchers said that pasta was produced from monovarietal semolina obtained from the durum wheat cultivar PR22D89 and, for experimental purposes, from commercial remilled semolina.

Several samples were collected during the pasta-making process (dough, extruded, dried, and cooked pasta) and tested for their ribo?avin content by a high-performance liquid chromatography method.

The researchers concluded that the applied approaches resulted in a considerable increase of vitamin B2 content – about 2- and 3-fold increases in pasta and bread, respectively.

They “found a noticeable enhancement in vitamin B2 content (6.81 ?g/g) of the final [bread] product when the two selected riboflavin-overproducing derivatives were added to the dough.”

The process represents, they claim, a convenient and e?cient food-grade biotechnological application for the production of vitamin B2-enriched bread and pasta.

“This methodology may be extended to a wide range of cereal based foods, feed, and beverages,” said the authors.