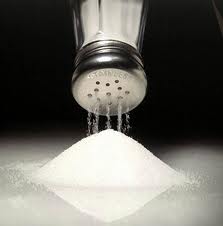 The food industry is equipped to achieve realistic sodium reduction goals, but formulators must think about sodium not salt to have a greater likelihood of success, says Cargill’s salt application leader.

Janice Johnson, PhD, applications leader for salt at Cargill told Stephen Daniells at the recent IFT Annual Meeting and Food Expo of the current approaches available to reduce the levels of salt and sodium in products,

“When you look at the sodium content within food products, you have a massive array: Some are definitely higher, like your processed foods with a lot of seasoning and spices, and you can really get some nice reductions,” she said.

The challenge comes when you are already at a lower level to reduce sodium content even further, said Dr Johnson, and this is where you need to start looking at using ingredients like hydrocolloids, vegetable proteins, and influencing the flavor profile with ingredients like potassium chloride.

And thinking about sodium reduction purely in terms of salt is misleading, she said.

“I think it really is about sodium and there are more sources of sodium than just salt. There’s leavening agents, emulsifiers, so really when you‘re talking about achieving these lower sodium levels, it’s good to know where the sodium is coming from,” said Dr Johnson.

“When you’re really trying to meet a successful target is about making sure that that no one ingredient takes the blunt of the responsibility.