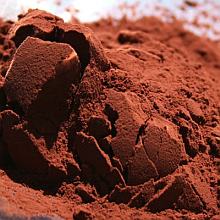 Volatility in cocoa prices was the prompt for the development of a new cocoa replacer for bakery applications that enables savings of up to 40 per cent, said UK supplier Fayrefield Foodtec.

The Cheshire based company said the main ingredients in its Baketec BTC10632 Cocoa Powder Replacer are cereal derivatives, baking powder, and ‘natural’ flavour.

Steve Timms, managing director of the Cheshire based firm, said that its R&D teams have been focused for several months on generating an alternative to cocoa powder that would not compromise mouth feel, structure or flavour when used as an ingredient in sponges, cakes, or enrobing of ice-cream.

“With prices of cocoa powder soaring to £5 a kilo manufacturers are finding margins under increasing pressure. The Baketec alternative is priced competitively at about £3 a kilo,” he claimed.

According to Timms, the UK supplier road tested the replacer ingredient through trials both in-house and with selected manufacturers in processes involving a heat stage.

“Typical cocoa powder has a total fat content of between 10 and 12 per cent. But we found that Baketec BTC10632 contains only 4 per cent, giving a reduction in total fat of 73 per cent.

Moreover, bakers can leverage the fact that their products will have 79 per cent less saturated fat, when using this cocoa powder alternative.

A core competency for Fayrefield, said the managing director, has been the development of cost saving functional alternatives to ingredients vulnerable to price volatility.

“Our portfolio now includes egg and dairy replacers as well as sugar free and gluten free bakery mixes,” he said.

And Timms told this publication that the company has been keeping a ‘watching brief’ on stevia developments over the past 24 months.

Meanwhile, cocoa has fallen to a five-week low as global cocoa processors such as Barry Callebaut, Cargill and Armajaro Trading resume shipments from the Ivory Coast in recent days, following an end to the political strife in the world’s biggest exporter.