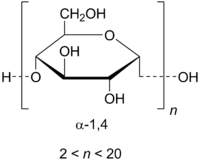 The addition of maltodextrins to high-calorie food products may reduce fat content by up to 50 per cent, without altering important characteristics like firmness, say researchers.

The study, published in Journal of Texture Studies, tested the investigated the capability of hydrated maltodextrin gel particles to replace fat as part of a vegetable oil ingredient. The research team, from the University of Novi Sad in Serbia, found that replacing 50 per cent vegetable oil with maize maltodextrin had no significant effects on the rheological characteristics of the fat in its solid state.

The authors explained that the reduced fat oil/maltodextrin blend may offer an opportunity to create lower fat products without affecting product quality.

“These findings indicate that used maltodextrins can be applied as a suitable fat replacers in smaller content, while for the replacement of a greater amount of fat the combinations of different maltodextrins, or maltodextrins with some other fat mimetics or emulsifiers have to be made,” said the researchers, led by Miroslav Hadnadev.

The researchers added that for some high-fat, high-calorie foods, including confectionary which typically contains fat levels of 30 to 35 per cent, the development of reduced fat product with desirable taste and texture “is a very challenging task.”

As a food component, fats possess a highest caloric value when compared to protein and carbohydrate.

In addition, Hadnadev and colleagues noted the links between consumption of food with high fat content and health disorders, adding that there is “an increasing demand for fat reduction in all fields of food processing industry.”

“However, numerous and usually very important characteristics of food product such as texture, mouthfeel and flavour delivery are strongly dependent on the content of fat used in the product formulation,” said the researchers.

They explained that the texture of a food product is strongly influenced by fat hardness – especially in foods with high fat content.

“The reduction of fat content in food formulations is a very demanding task due to its potential negative consequence for mechanical and sensory properties of a product,” said Hadnadev and co-workers.

Much attention has been dedicated to fat reduction in foods through fat replacers. Such fat replacers are often made from starch and starch derivates (known as mimetics) due to their favourable physicochemical properties.

Maltodextrins are starch break down products. Hadnadev and his team explained that the conditions of the hydrolysis process (starch breakdown) affect the composition of starch products such as maltodextrins, as well as their final physicochemical properties.

The new study investigated the rheological and textural properties of vegetable fats partially substituted with one of two types of maltodextrin fat mimetics.

The researchers said that the study aimed to test the capability of hydrated maltodextrin gel particles to replace amounts of fat in different foods, such as confectionary fat fillings.

Vegetable fat was replaced by aqueous maltodextrin gels of at levels of 16.7, 33.3 and 50 per cent – vegetable fat without the addition of fat mimetics was used as a control sample.

They reported that the rheological behaviour of blends in which the part of the vegetable fat is replaced with maltodextrin gel is mainly governed by the properties of maltodextrin phase.

Hadnadev and his colleagues observed that in a solid state (as 20oC), the maize maltodextrin allowed fat replacement up to a level of 50 per cent, expressing only a minor decrease in firmness value. In contrast, the potato maltodextrin was found to cause significant decreases in firmness.