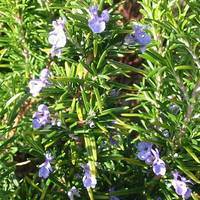 Rosemary extracts can now be used as antioxidants in organic food in the EU provided they are from organically-grown rosemary and ethanol is used for the extraction, following an amendment to the annex of the 2008 organic regulation.

Annex VIII of regulation 889/2008 lists additives and processing aids that can be used in organic products. Rosemary extracts as antioxidants for food preservation were not included in the annex as this use was only approved in the EU in 2010.

Now, however regulation 344/2011 updates the 2008 rules to include rosemary extracts in the annex “only when derived from organic production and if only ethanol is used for the extraction”.

Baptise Demur, business manager food preservation at Naturex, explained that his company worked hard to secure rosemary antioxidant’s addition to the annex because it was offering certified organic extracts to customers even before they were permitted for use as antioxidants. Before 2010 rosemary extracts could be used as flavourings in Europe.

He said it was important to ensure they were added to the organic list quickly to ensure that no companies already using rosemary extracts as antioxidants in organic products would have to remove them in the meantime.

To this end, Naturex worked with French and UK organic trade associations and provided technical documentation on organic production methods the European Commission. It was not necessary to provide data to support rosemary extracts’ use as an antioxidant as this was previously established.

The addition of rosemary to the organic list is expected to stimulate demand, as chemical preservatives tend to be unsuitable for organic foods.

Naturex said that although there was already some use of rosemary extracts in organic foods, “a number of producers were still waiting for an official implementation of the regulation clarifying their conditions of use”.

The condition that ethanol is used for the extraction is due to the fact that the antioxidant components are only present in the extract when a solvent is used rather than a water extraction process. Unlike other solvents, ethanol is permitted for organic extracts.

The 2010 approval set out a list of application in which the extract can be used as an antioxidant. This same list applies to the organic version.

Demur said: “We expect growth in organic meat products, as well as in bakery products, dressings, and other products with a high fat content, as it can prevent rancidity”.