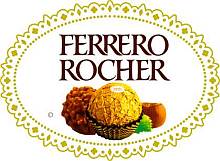 Pietro Ferrero, the chief executive of the Ferrero Group holding company that produces Nutella, Tic Tac mints, and other confections, and a scion of one of Italy’s richest families, died yesterday after falling from a bicycle while on a business trip in South Africa. He was 47.

Mr. Ferrero was also chairman of Ferrero SpA, the Italian branch of the family-run company and the heart of the candy and sweets empire.

The company’s press office in Alba, northwestern Italy, said that Mr. Ferrero, a cycling enthusiast, was on his usual training ride on a road in Cape Town when he fell off the bicycle. It was not clear what prompted the fall, the statement said.