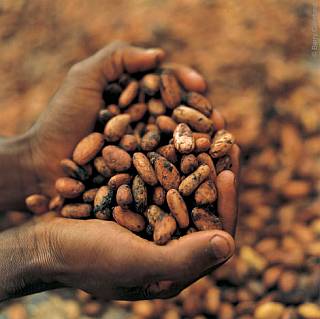 The world’s top cocoa producer Ivory Coast is set to resume exports of the commodity after Laurent Gbagbo was finally ousted, a move that will likely weigh on elevated prices, analysts said Wednesday.

“I signed a decree yesterday (Tuesday), (Abidjan) port is under control. I named an interim port manager so everything is underway for cocoa to be sent out,” Ouattara said.

Around 400,000 tonnes of cocoa have accumulated on the dockside in Abidjan and the southwestern port of San Pedro during the crisis pitting Ouattara against Gbagbo, who refused to admit defeat in a November election.

“There has been a build-up in stocks which are awaiting export but issues of financing and banking will need to be addressed before we witness normal exports flowing out.”

Forces belonging to Ouattara, backed by French and UN troops, captured his besieged rival Gbagbo in Abidjan on Monday at the climax of the deadly crisis.

Gbagbo, who had held power since 2000, refused to admit defeat in November’s presidential election, leading to heavy bloodshed and looting on the streets of Abidjan — the main city in a country supplying a third of the world’s cocoa.

The unrest halted the African nation’s cocoa exports, causing the price to hit the highest level since 1979 on New York markets.

Cocoa futures struck $3,775 a tonne at the start of March before falling back 10 percent earlier this month as traders anticipated Gbagbo’s capture. They held firm Wednesday after Ouattara’s expected announcement on a resumption to exports.

Many tonnes of cocoa beans have accumulated at key ports in Ivory Coast because of international sanctions that aimed to choke off Gbagbo’s economic resources and force him to step down from the presidency.

Ouattara, internationally recognised as the winner of the November election, sought to further reduce Gbagbo’s fire-power by ordering a halt to cocoa exports.

“In the near term we would expect cocoa prices to ease further on Ouattara gaining control,” Unnikrishnan said.

For now, Ivory Coast can look forward to reviving its economy after Europe on Tuesday offered more than 500 billion euros in aid.

Already on Friday the EU dropped some of the sanctions imposed on the country following a request from Ouattara — a move which the cocoa industry has applauded.

“We believe the decision by the EU to lift its restrictions to enable the resumption of exports from Cote d’Ivoire is a positive step towards helping the country and its people,” US agribusiness giant Cargill said in a statement.

“We are seeking clarification from the Ivorian authorities about the process for resuming exports and a key element of this process is for the local banking system to restart.”

A joint statement by the European Cocoa Association, confectionery organisation Caobisco and the Federation of Cocoa Commerce said that “a prompt resumption of cocoa activities will bring a much needed focus in the lives of the hundreds of thousands of people engaged in the Ivorian cocoa trade.

“We are confident that the international community will fully recognise the level of support and rebuilding of the economy and infrastructure that will be needed to facilitate a speedy recovery,” they added.