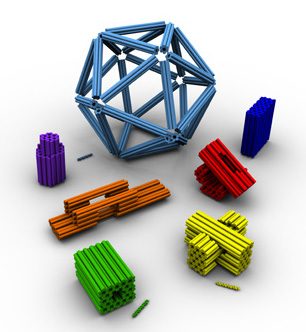 A lack of scientific evidence means no clear verdict can yet be reached on the health risks posed by nanomaterials – but the carcinogenic potential of some nanoparticles should be “taken seriously”, cautioned German authorities.

The Federal Institute for Risk Assessment (BfR) and the Federal Environment Agency (UBA) said that while several studies on animals indicated that some nanomaterials could cause cancer, they added there was currently insufficient data to label them as “potentially carcinogenic to humans”.

The bodies also concluded that no firm verdict could yet be reached regarding the release of nanomaterials from products nor to their exposure.

But they stressed sufficient concerns existed to warranted close scrutiny of their effects – particularly regarding daily exposure to nanomaterials.

The statement is the latest in a string of opinions issued recently over the safety of nanomaterials, whose use is becoming increasingly widespread in consumer products such as packaging and food.

In January, the European Food Safety Authority (EFSA) issued draft guidance on nano risk assessment. Two weeks later the International Organisation for Standardisation (ISO) published a guide to assess the potential threat of exposure to nanomaterials in the workplace.

Last year, the BfR itself declared that nanosilver should be excluded from foods or cosmetics until the potential hazards from the substance had been fully scrutinised. The body urged companies considering use of nanosilver in consumer products to hold off until studies have fully confirmed its safety. The agency said the case had not been made.

The BfR/UBA said that research on animals had shown that some nanomaterials such as carbon nanotubes (CNTs) and titanium dioxide (TiO2) may be carcinogenic when breathed in. But the scientists said a water-tight scientific case to apply these findings to humans could not yet be made.

“This mainly results from the fact that the extent to which data from animal testing applies to humans and whether these effects are specific to the nanoscale or are rather due to other properties inherent to these substances is uncertain,” said the German experts

The scientists said that no reliable conclusions could also be drawn on exposure to nanomaterials nor regarding their release from products – because of the scarcity of research and the absence of a “reliable measurement technology to detect nanomaterials in different media”.

“It is therefore not yet possible to assess the health risks of these materials for humans with reasonable certainty,” concluded the bodies.

But the BfR and UBA said: “Despite existing uncertainties findings on the carcinogenic potential of some nanomaterials should be taken seriously”.

The toxicological properties of nanostructures should also be assessed through the development of valid methods on all possible routes of exposure – such as inhalation, dermal and oral pathways.

Proper evaluation of potential carcinogenic hazards of nanomaterials– in line with general scientific principles – can only be characterised for a specific substance in a specific case.