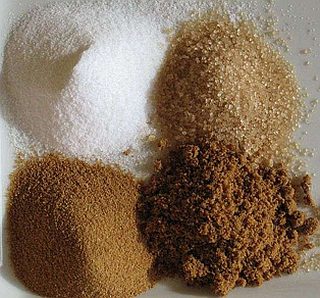 The European Commission, in a policy about face, said it may open the import quota or allow the sale of out-of-quota sugar into the bloc – a move that would bring relief for bakers and other food makers set to negotiate new sugar contracts.

The move to consider additional imports contradicts previous statements from the Commission, with it announcing plans in November to issue 350,000 tonnes of export licences for sugar, following on from the extra demand for exports it noted in autmun last year.

Yesterday’s statement by the EU sugar management committee follows a campaign led by member states such as the UK and Portugal, in addition to lobbying from food and drink trade group, the CIUS, that contested EC production figures and urged action to release that out-of-quota sugar on the internal market to ease supply pressures.

He said the commitee, which met yesterday, is looking at ways to remedy the current shortfall but Waite stressed that the Commission can not proceed without the final sugar production figures from EU members states, which are still pending.

“We will make a formal decision on intervention measures in two weeks – around 10 February – when we know how much out-of-quota sugar exists for release internally,” continued the EC spokesperson.

In October, EU farm commissioner Dacian Ciolos, said that the situation, as it presented then, did not warrant regulatory intervention but he added that if ongoing analysis of market dynamics demonstrated that action was warranted, then the EC would move to relieve the pressure on sugar stocks.

Some trade sources have suggested that the amount of out-of-export quota sugar available to sugar users in bloc would be somewhere in the region of 500,000 tonnes.

In Europe, the threat of shortages has been enhanced by the movement of world prices above the region’s set prices of €404.00 a tonne for white sugar and €335.20 a tonne for raw sugar.

“Imports from the traditional developing country sources are down,” commented Waite, which, he said, is exacerbating tightness of supply of the commodity in the EU.

He said that if the Commission rules on opening import quotas, it would be for raw sugar and white sugar. “This would address the requirements in certain markets such as Portugal,” he added.

December last year saw one of Portugal’s two main refineries run out of raw sugar and it was forced to shut down.

Meanwhile, traders caution that any additional sugar imports from the bloc could put further strain on global supplies.