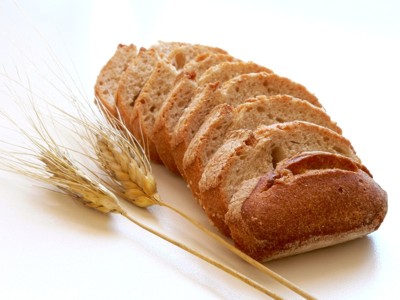 Once you take flour, water, salt and yeast and develop them in a mixer, what forms is a dough, which is the result of the water hydrating the flour particles.

The yeast begins to consume the simple sugars that are enzymatically unlocked from the starch that is, in turn, regulated by the salt and the temperature of the dough. The one thing that cannot be overcome by this alchemy is substandard ingredients. Bakers should always use the highest quality ingredients they can afford – and that their customers will pay for – to make their products and ensure that they are using ingredients that are appropriate for each product they make.

Along with the magic of baking comes the realization that this is a natural process to, hopefully, make the same breads each day throughout the year. Consistency is obtainable if bakers exercise control at each stage of the process, and this begins with ingredients. Bakers must require ingredient suppliers to deliver consistent ingredients. If a bakery has variability in the performance to its ingredients, no amount of work will allow it to deliver consistent products to its customers.

Preferments is a certain percentage of the total flour called that is allowed to ferment for a period of time before being mixed with the remainder of the flour and other ingredients into a dough.

Preferments can be in the form of a sponge (flour and water plus a small amount of yeast fermented for a shorter period of time), a liquid levain (120% hydration, fermented with a natural yeast culture), a biga (a stiff levain) or a poolish (100% hydration and commercial yeast, allowed to ferment around 12 hours). Each of these forms of preferments have characteristics unique to themselves and contribute various traits to the finished dough. All of them, however, will lend flavour to a dough, increase its acidity and enhance the overall keeping ability of the finished loaf. Additionally, they add a layer of complexity to an already complex process.

Natural starters require regular and timely refreshment: The yeast and bacterial cultures eventually will consume the readily available sugars found in the flour and water mixture they are living. Once these sugars are consumed, the culture will start to change to favour certain other types of yeast and bacteria, which will alter its affect on the dough.

The single most important rule to maintain a natural yeast culture is consistent refreshment and temperature. Preferments that use commercial yeast (a sponge and poolish are two such examples) typically are fermented for much shorter periods of time and, as such, do not have to be refreshed. However, consistency is again the key consideration: Hydration, temperature and fermentation time all need to be maintained vigorously.

Once flour and water and the other ingredients are added to the bowl, mixing begins. While many mixing techniques are available, each with its merits and strengths, the ultimate goal of mixing is to incorporate the ingredients, hydrate the flour particles and develop the gluten into an organized web that will give structure to the loaf and trap the gasses produced by the yeast.

The dough will start as a shaggy mass, but it will quickly begin to form into a coherent structure. Note that the baker is able to pull the dough into a thin, mostly clear window without the dough breaking. One must be aware not to mix the dough to full development because it will continue to develop and strengthen during fermentation.

The techniques used in shaping a loaf on the bench are as varied as the number of shapes and styles of loaves baked. But the desired goal is always the same: To transform the recently weighed and cut dough pieces into their final shape.

In many bakeries today this process is handled by equipment that can efficiently divide and mould the dough into the final shape; however, the principles are the same as in bakeries where shaping is done by hand. Shaping is largely governed by the interaction of stress and tension between the hands of the baker and the work bench.

Assuming both of the above requirements have been met, a baker will begin by gently flattening a dough piece into the desired shaped. If an open crumb structure is desired, then the whole shaping process must be performed gently. After flattening, the dough is next folded into to a preshaped form approximating the final shape. This will result in a rough shape with a seam. The final stage requires the most skill and in it the baker uses the strength of his hand and arms to seal the seam and then, either pushing or pulling the dough against the surface of the workbench to create a taut surface on the outside of the shaped dough piece. This piece then is transferred to a floured basket, tray or linen and allowed its final proof.

The same principles apply if a piece of equipment is used to shape the dough, and in fact, extra caution must be exercised in mechanically shaping the dough as, while a baker will make subtle adjustments to her hand and arm movements as the dough changes, equipment will not, and must be adjusted by hand.

Bulk fermentation and proofing are the steps that allow the dough to develop further (a chemical development brought on by the increasing acidity of the dough), build flavor as a results of the yeast’s respiration, and gain volume wherein it develops the light, open structure. Bulk fermentation refers to the step in the baking process where the dough has finished being mixed and developed and is allowed to ferment in a large mass. Proofing most often refers to the stage after the dough has been cut and shaped and is the last major step before being loaded into the oven.

Bakeries manage these processes in many ways. Bulk fermentation often happens out in the bakery, with the dough rising in large tubs or removable mixer bolwls. This can be a single stage process or can be broken into timed segments marked by the dough being folded or degassed in some manner. Properly bulk-fermented dough will rise in volume and be light to the touch yet still resistant and often will hold the imprint of your finger after a gentle prodding.

Proofing most often takes place on racks with the shaped dough either in baskets or pans or on linen. The racks, if left out to proof in the bakery, must be covered so the dough does not dry out. If moved into a proof box, the racks can be left uncovered. The timing of these fermentation events can be strictly controlled if some sort of proofing/retarding system is employed, yet many bakeries lack the space and proof their dough in the ambient temperature of the bakery, which changes throughout the year. In this case, the dough must be monitored closely and timing of the bake must be considered carefully.

Touch is often the best indicator of a dough’s readiness for baking with good volume and slight resistance to the touch, along with a lingering indentation on the dough surface being signs that the loaf is nearing bake time.

Well-executed, open cuts on a loaf, while visually appealing, are necessary for controlling the expansion of the loaf as it rapidly expands in the oven. The outer edge of the loaf, upon being exposed to the high heat of the oven, will start to set shortly after entering the oven. However, it will be several minutes before the interior of the loaf reaches a temperature at which the yeast is killed and stops producing carbon dioxide.

This almost guarantees that the pressure created within will burst through weak spots in the setting crust. To control this expansion, cuts, or scores, are made into the shaped loaf just prior to being loaded into the oven.

Many bakers will use a lame, a razor fitted to the end of thin metal strip, or sharp serrated knife. (The lame is the only suitable means to score a baguette). The cutting tool is firmly held in the hand at anywhere from approximately a 30 to 60º angle to the horizontal. The cut is not straight in nor is it just under the surface. The angle of the cut most often depends on the loaf being flatter and large rounds being steeper. The action is quick and precise so as not to drag the dough along the cut. Virtually any desing can be used; however, the baker should consider the ultimate effect these cuts will have on the shape of the finished loaf.

Colouring of the loaf occurs as the sugars in the dough are browned due to the heat of the oven. This browning contributes a significant amount of flavor the crust and, once cooled, to the crumb as well. Bakers often look for three distinct colour regions along the cuts in their loaves: a dark, almost burnt ridge along the top of the cut, ranging through a tan region, and finally a creamy whitish area in the interior of the cut. Colour can provide clues pointing to problems in the baking process. For example, an over fermented dough can often have a lighter crust colour because the fermentation process has consumed too much of the sugar in the dough, leaving an insufficient amount for the final browning that takes place in the oven. A dough without sufficient salt also will be quite pale in colour.