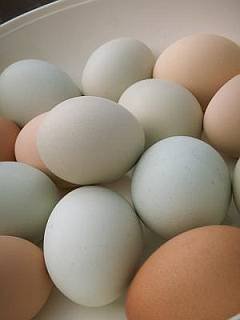 In-house trials on an optimised egg replacer formulation for pound cakes show it can match the quality of conventional recipes, and also improve on them through enhanced crumb structure and even air distribution, claims bakery ingredients supplier Arla Foods.

“Whey protein binds water in a cake differently from egg, and in doing so ensures a humid crumb. Our testing showed 50 per cent and 100 per cent egg-reduced pound cakes were structurally stable, had good volume, in addition to sponge-like eating attributes,” said Jensen.

He explained that gradual formation of the gel during the baking process contributes a very resilient or elastic crumb structure to the final cake. “This resilient structure is a great advantage during the production process, especially if the cake is to be cut before wrapping, and at retail shelf level since the stronger structure prevents cake damage.

Reduced crumbliness during slicing is another desirable effect as it improves the quality perception of the cake.”

Complete egg replacement with the milk protein formulation produces a high quality pound cake with similar volume to conventional egg based recipes, said Arla. “However, some differences may be observed in relation to crumb texture and crumb colour. The colour reduction enables the production of whiter pound cakes but if a yellow colour is desired, beta-carotene may be added,” reports the supplier.

Whey proteins from cow’s milk are used as emulsifiers in a broad range of food products including ice creams, beverages, salad dressing and sports supplements, and are classified as either concentrates (protein content between 25 and 80 per cent) or isolates (more than 90 per cent protein).

Jensen told that the Arla R&D team has to ensure the proteins in its arsenal match the requirements of industrial bakers in the EU, with varying perceptions of pound cakes across the bloc.

“In the UK, bakers use heat treated flour in their pound cake formulations, while conventional wheat flour is used in countries such as Germany and the Netherlands. So we work closely with manufacturers to ensure our protein fractions adapt to all market conditions,” said the technical manager.

The 100 per cent egg free pound cake formulation enabled by Nutrilac BK-7781, continued Jensen, is proving popular in India where demand for such application is considerable based on egg avoidance on religious grounds.

Indeed, egg replacer products are enabling bakery manufacturers adjust formulations in order to cater for consumers who shun eggs because of allergies, cholesterol content concerns or even ethical reasons.

Jensen also said that due to volatility in egg prices, Nutrilac can ensure savings over liquid egg costs. “Currently egg prices are at an all time low, but with new EU rules banning the use of traditional battery cages to produce eggs, scheduled to come into force in January 2012, the commodity is expected to return to the previous pricing levels of €1 to €1.50 a kilogramme.”