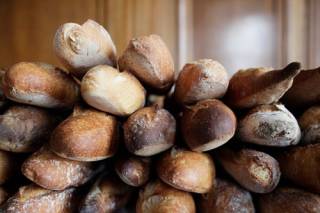 Functional bread has significant potential but its widespread appeal is some way off due to cost and sensory challenges, claims a Datamonitor researcher.

Consumer analyst at the market research firm, Mark Whalley, said that the more health conscious consumer will remain the dominant user of added value breads for the foreseeable future.

Meanwhile, a recent report from the Product Launch Analytics (PLA) division at Datamonitor said the functional food market could soon branch out into more everyday products, such as bread, which claims related to enhanced health, vitality and beauty.

But Whalley maintains that the sensory aspect of the product is still “pivotal” – especially for children: “If consumers think that the taste of the bread is going to be compromised by unusual ingredients then they will be reticent to try it,” he added.

Whalley said that the price premium that functional bread can command will also be an inhibitor. He said, “With the amount of bread consumed in the UK (44.5kg per capita in 2009) consumers are definitely sensitive to price increases”.

On the other hand, Whalley predicted there would be more functional claims for bread products, as manufacturers get better at formulating without compromising taste or texture, and consumers can easily make a link between bread and health.

“A positive sign is that consumers have demonstrated a willingness to switch to wholemeal as a means of becoming healthier (the whole grain message resonates strongly),” he said.

Danisco bakery ingredient system Grinsted Fiberline was recently awarded for its functional bread innovation as it scooped up the health ingredients excellence award in the digestive health category at the trade show Health Ingredients Europe (HIE) 2010.

The awards celebrate the best digestive health innovation in the ingredients community and products are reviewed by an international panel of judges.

HIE said the award recognised the technology’s unique ability to give 100 per cent rye bread an “appealing soft texture and mild taste similar to that of white wheat bread – as preferred by many of today’s consumers”.

In addition to developing Grinstead Fiberline, Danisco has also incorporated the technology into an oat bread concept containing sufficient beta-glucans to qualify for a cardiovascular health claim, according to the company.