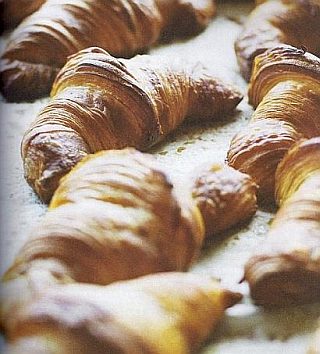 For the Ottoman Empire, the second siege of the Austrian capital ended like the first – a mere attempt. For the people of Vienna, on the other hand, there was a sweet ending to this struggle in the form of a croissant.

Its name and even its buttery taste inevitably point towards the pastry-bakers French. But no, the croissant is not French – it’s Austrian. Specifically, it’s from Vienna. It wasn’t until the mid-19th century that an Austrian officer named August Zang brought the croissant to France, including it among the products on offer at the Viennese bakery he opened at 92, Richelieu St.

The famous pastry first appeared two centuries earlier in Vienna: legend has it, in 1683. Ottoman troops, having taken Hungary and Crete among other regions, set up camp at the walls of the Austrian capital for the second time in little over a century. Despite emerging victorious from previous battles, the conquest of Vienna did not turn out to be an easy task for the Turks. The Viennese, under the command of Count Erns Rüdiger von Starhemberg, put up a staunch resistance. After numerous unsuccessful assaults, the Ottoman army, led by Kará Mustafá decided to set Plan B into action. This consisted of digging a tunnel under the city walls in order to take its guards by surprise. To avoid the plan being uncovered, the Turks decided to dig only at night, while the residents of Vienna were asleep. However, they didn’t take into account that the night was the busiest time for one small group of people – the city’s bakers. It was them that warned the Viennese troops of the Ottoman plan after a number of nights hearing digging noises. The hunters became the hunted. The Viennese attacked the Turks by surprise and not vice versa.

After driving the Ottoman army out of his lands (not without the help of other Christian states, Poland in particular) King Leopold I wished to reward the bakers and pastry by granting them a number of honours and privileges; among them was the right to bear a sword. The bakers and pastry, in turn, as a sign of their appreciation of this recognition from their sovereign and the rest of their fellow citizens, created a new bread in the shape of a crescent – the symbol of the Ottoman Empire – as a “sweet” kind of taunt…