Galactic has developed a new powder form of lactic acid for use in bakery products and mixes, which can avoid the need for liquid lactic acid to be added to the dough. 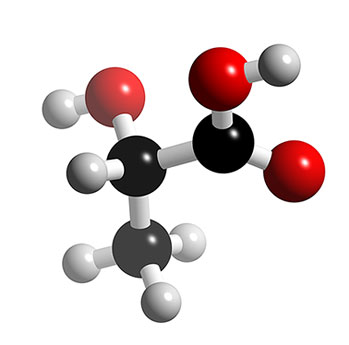 is used by manufacturers of bakery products to control the acidity of the dough and to act against mould. However most of the lactic acid available to industry is in liquid form, which means it has to be added to the dough and cannot be used in mixes.

Alain Bernard, market development manager, told FoodNavigator.com that the company developed the new powder format after receiving request from customers for lactic acid that could be used in mixes. Producing a powder has proved tricky in the past, as spray dried lactic acid is highly hygroscopic, so it forms lumps easily.

Galactic worked on the challenge for two to three years, and is now launching its solution under the market name Galacid Powder. (All other products in its Galacid range are liquid.)

Galacid Powder is a mix of lactic acid and calcium lactate, the latter making it easier to dry and making for a very stable, free-flowing, soluble and neutral-tasting powder. It is available in two versions, 55 per cent lactic acid concentration, and 60 per cent concentration.

Bernard explained that the choice between the two depends on the variety of dough it is to be used in. For example, sourdough bread has a relatively acidic taste and a pH of 2-3. For this, the 60 per cent lactic acid would be used. For softer dough, where 5-6 pH is required, the 55 per cent lactic acid is recommended.

Meat makers want one too

Bernard said other lactic acid powders are on the market, but he believes this is the first time calcium lactate has been used as a carrier. Other carriers do not allow quite such a high concentration of lactic acid, he said.

Galacid Powder does need to be listed on the ingredients panel using the respective E-numbers of lactic acid and calcium lactate, but both are produced by a natural fermentation process.

Bernard said there is also demand for a powder lactic acid of the meat industry in order to control pH and counter mould. Like their bakery colleagues, manufacturers of meat products want to use only one raw material, in a mix form, for easier management of the process.

The company, which is part of the Finasucre Group, recently hired a food application researcher and has other lactates and derivatives in development.