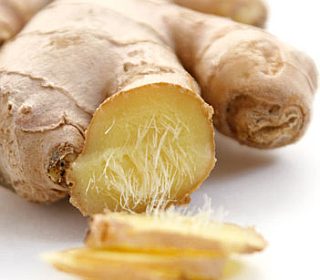 The new study, published in LWT – Food Science and Technology, suggests that enriching bread with three per cent ginger powder could boost its antioxidant content without having adverse effects on any functional or sensory properties.

“It is important to choose appropriate amount of ginger powder and processing parameters to obtain a healthy baked goods (high level of antioxidants) without promoting negative effects on the rheological properties of dough and also without changing the desirable physical and sensorial characteristics of the bread,” stated the researchers, led by Dr Federica Balestra from the University of Bologna, Italy.

According to the researchers, when developing functional bakery products (like bread), it is important to develop a product with physiological effectiveness and consumer’s acceptance in terms of appearance, taste and texture.

Due to its potential health benefits, ginger has gained considerable attention as a botanical dietary supplement in both the U.S and Europe in recent years, especially for use in the treatment of chronic inflammatory conditions.

Gingerols are a group of phenols found in ginger that are suggested to offer health benefits due to their antioxidant properties. However the pungency of dry, powdered ginger mainly results from shogaols, which are dehydrated forms of gingerols. Shogaols are also known for their anti-oxidant activity and are reported to possess anti-inflammatory and anti-cancer activities.

The new study aimed to evaluate the effects of varying quantities of ginger powder (0, 3, 4.5 and 6 per cent) on the rheological properties of wheat flour based dough and bread. In addition, the researchers noted the possibility “to obtain an antioxidant-enriched final product with good physico-chemical and sensorial properties was studied,”

The researchers observed the highest phenolic content was with bread enriched with six per cent ginger powder, however they reported that such samples showed the worst rheological properties, adding that the sample had the lowest value of overall acceptability from sensory analysis.

Among the studied samples, bread with three per cent ginger powder showed good rheological characteristics and doubled antioxidant content compared to the control bread and the highest sensorial acceptability.

Dr. Balestra and colleagues claimed that ginger powder could be regarded as a potential health-promoting functional ingredient. Noting that, in the correct amounts, its addition into functional bakery products has very little effect on textural, functional, or sensory properties.

They added that further studies are needed to verify ginger enriched breads health giving-properties in vivo, after ingestion and full digestion, and stated that “further and deep investigations are currently in progress in our laboratory in order to examine the overall quality characteristics of a bread obtained with a ginger powder quantity between 3 and 4.5 per cent.”