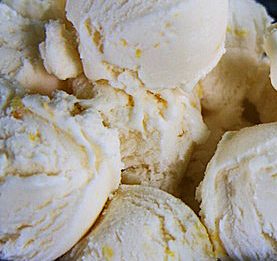 Ice creams with added pre- or probiotics can be formulated to have good nutritional and sensory properties, according to research, with careful balancing of the recipe to ensure acceptable taste, texture and colour.

The experimental ice creams made for a new study published in Journal of Dairy Science had counts of viable bacteria after frozen storage that met the minimum required to achieve probiotic effects. Moreover, most of the formulations of pre- and probiotic ice creams showed good nutritional and sensory properties.

“With a standard ice cream dietary intake (about 80 grams), it is possible to obtain at least 107 viable cells per day, which is necessary to achieve temporary intestinal colonization,” stated the authors, led by Dr. Di Criscio from the Università degli Studi del Molise, Italy.

“The benefits associated with soluble dietary fibre, probiotic microorganisms, or both, could bring attractive novel products to fulfil market niches. [Probiotic bacteria] … showed high survival at the end of production and good survival during frozen storage,” they stated.

Milk and dairy produce make up some of the main products in the functional food arena, and are the major vehicles for the administration of probiotics and prebiotics in the diet.

They decided to evaluate the survival of probiotic microbial strains during ice cream storage because although ice cream has been deemed a potentially interesting vehicle, the effects of the freezing, thawing and storage process were unknown.

They also set out to see how the addition of these microorganisms and inulin affected the chemical, physical, and sensory characteristics of the ice cream. 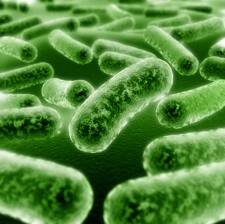 Counts of probiotic bacteria were found to be much higher in enriched ice cream than in control samples, reported the researchers.

No significant reduction in bacteria was observed after freezing and during the storage period, indicating that the storage temperature of minus 20°C did not negatively affect survival of probiotic microorganisms.

The addition of prebiotic inulin altered the texture and functional characteristics of the ice creams. In particular, in ice creams with five and ten per cent inulin the overall firmness was seen to significantly increase, by up to 50 per cent.

Poor results were also observed for colour, which appeared more opaque with the addition of inulin, whereas better evaluations were found for flavour ratings.

The researchers stated the optimal formulation of prebiotic ice cream, with the best firmness characteristic, was found to be with 2.5 per cent inulin.

Dr. Di Criscio and colleagues concluded that using formulations with 2.5 per cent inulin, it is possible to cover the 40 per cent intake needed for beneficial effects on intestinal microorganisms.

“Finally, it should be possible to produce a functional ice cream (synbiotic) with inulin (minimum 3 per cent) and potentially probiotic microorganisms,” stated the authors.

However they added that in vivo investigation into the effects of a synbiotic ice cream would be needed.